The state fair – and many of the other local fairs held throughout Florida and the country – are heavily anticipated and fondly remembered. However, the risk of potential injury and death cannot be overlooked, particularly when it comes to the safety of the amusement rides. From the Ferris wheel to the Fire Ball, these rides may be thrilling – but they can also be extremely dangerous, as highlighted recently after a tragedy in Ohio. 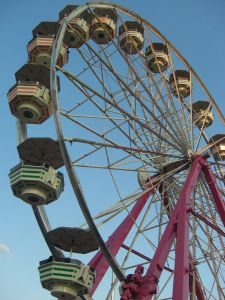 There, at the state fair, an 18-year-old U.S. Marine recruit lost his life when the ride he was on malfunctioned and he fell from his seat. Seven others, ages 14 to 42, were seriously injured. Investigation into the accident is ongoing, and fairs across the country have taken similar rides out of commission while they conduct more thorough inspections. The ride involved in the fatal accident had been inspected several times as it was being erected, and was permitted by an inspector the day of the accident.

Part of the problem, engineering experts and inspectors told USA Today, is that there are too few inspectors and a patchwork of safety regulations that are decided on a state-by-state basis. Congress relinquished control of fair safety oversight to the states back in the 1980s, so there are no concrete, uniform standards for fair and ride safety and inspections.  END_OF_DOCUMENT_TOKEN_TO_BE_REPLACED