Many people may have mixed emotions when they receive word about the death of an ex-spouse, but they generally don’t expect to end up embroiled in probate. This can occur, though, when there are loose ends on finances, assets and property. Ideally, Miami probate lawyers know these matters would be cleanly settled years earlier in the divorce agreement, but sometimes, depending on the circumstances, it’s not possible for former spouses to entirely extricate themselves financially when the marriage dissolves. 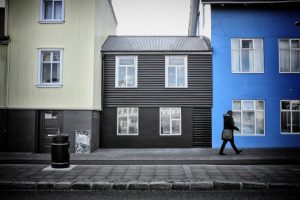 This was the case before a Florida probate court and later Florida’s Third District Court of Appeals, which was tasked settling issues that arose when a former wife and the estate of her recently-deceased (but long-time divorced) ex-husband disputed financial claims and rights to a residence in which they had both been long-time co-tenants. Both the estate and surviving ex-wife consulted with Miami probate lawyers to help them duke out the details.

Per court records, here’s what happened:

More than four decades ago, when the pair were still married, they purchased a property in Miami-Dade County and resided there together as husband-and-wife. Then, in 1986, the husband moved out of the residence, and the wife continued to live there. The marriage wasn’t legally dissolved until 10 years later, in 1996. The husband never moved back into the home, though he did occasionally come by for mail. But otherwise from that date until husband’s death in January 2010 in the Haitian earthquake, the exes held title as “tenants in common,” each having a 50 percent undivided interest in the property, though wife had exclusive occupancy. (In 2005 the wife’s mother also moved in, becoming a second occupant.) END_OF_DOCUMENT_TOKEN_TO_BE_REPLACED