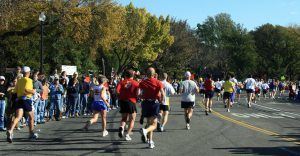 In general, Florida is one of the most dangerous places for pedestrians – runners included. The Miami Herald reported pedestrian deaths nationally are at a 10-year high, with Miami-Fort Lauderdale-West Palm Beach having one of the worst rates for car vs. pedestrian fatalities. END_OF_DOCUMENT_TOKEN_TO_BE_REPLACED