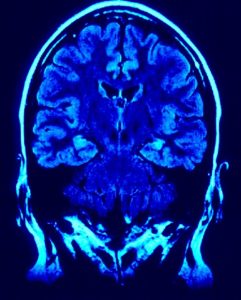 The Pakistani immigrant reportedly suffered a devastating traumatic brain injury in a collision three years ago with a tractor-trailer. The 57-year-old plaintiff suffered severe and permanent injury in this truck accident when a tractor-trailer driven by one of the defendant’s blew through a red light.

Unfortunately at the same time, plaintiff and his wife were also at that intersection. The tractor-trailer struck plaintiff’s car, causing his brain injury. Plaintiff’s wife did not escape unscathed, suffering a neck injury.

The driver and his trucking company employer did not dispute liability. They freely admitted the truck driver was at-fault. That meant the only issue being decided at trial was damages.

Plaintiff’s attorney sought $25 million in damages. He had emigrated to the U.S. in 2009 and had become a citizen. As a result of the crash, plaintiff suffered injuries his neurosurgeon described, on a scale of 1-to-10, with 10 being dead, as an 8. Plaintiff was left unable to walk, talk or perform daily functions, such as feeding or bathing himself.

He brought his young family to the U.S. to forge a new life with them, a better life. His wife and children relied on him completely to provide for them. Now, those roles are reversed and they are left without extensive family support to care for him for the rest of his life.

The defense argued that the damage award plaintiff sought was excessive. While conceding “the case has value,” they disputed the $25 million being sought.

In order to prove the full extent of damages, plaintiff presented a life care plan that showed the full extent of his medical costs. Defendants argued that some of the information was flawed. For example, plaintiff’s family, rather than home health professionals, were the ones to provide his daily care.

Plaintiff’s attorney had worried there might be some prejudice from jurors, as the plaintiff was both Muslim and from Pakistan. However, jurors ultimately, he said, “Looked at the evidence, put aside all prejudices and sympathies and awarded what the case was truly worth.”

Plaintiff’s attorney noted that defendant’s acceptance of liability didn’t warrant a discount on damages. He likened it to a scenario where a driver rear-ends another vehicle and causes $1,000 in damage, admits fault but then only offers to pay $50.

The fact that plaintiff’s family was providing the bulk of his care, his attorney argued, should not lessen the amount they receive either.