The pregnant widow of a man shot and killed in South Florida over a puzzling parking lot altercation that resulted in her husband’s death – which she witnessed – has vowed that in addition to pressing for justice from the criminal courts, she will file a civil lawsuit for wrongful death. Would her baby have a claim too?

The right of survivors to claim damages is one of two kinds of wrongful death lawsuits in Florida. The other is an estate claim that seeks recovery of damages on the decedent’s behalf. 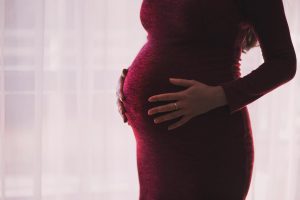 Florida law regarding the civil rights of fetuses can be a touchy subject, but statute does make it clear that a child who was not yet born when a parent died still has the right to pursue wrongful death damages – as long as they are eventually born.

In examining the rights of minor children to seek compensation for injury to parents – or injury to themselves, we start with the 1976 ruling in Day v. Nationwide Mut. Ins. Co..Florida’s 2nd District Court of Appeals in that case held that a child born alive can pursue damages for its own injuries that occurred when it was a fetus – or any time after conception – regardless of viability. In its reasoning, the court held that if a child is born alive, there is a relation-back to the time of injuries, giving an infant a cause of action in a personal injury or wrongful death lawsuit.

Children can also recover damages for the wrongful death of a parent shortly before birth. This is spelled out in the Florida Wrongful Death Act, and was interpreted by the Florida’s 5th District Court of Appeals in the 1990 case of Ellis v. Humana of Fla., Inc.. The trial court had granted summary judgment for the defense on a claim filed on behalf of an infant for damages on the death of a father killed six weeks before the baby was born. Defendants had argued that the child was not a “minor” or “survivor” within the plain meaning of the Wrongful Death Act, and that if lawmakers had intended unborn fetuses to be protected under the law, they’d have expressly done so. The 5th DCA rejected this argument, noting the Wrongful Death Act is remedial in nature, so it’s supposed to be liberally construed. Once born alive, the child has a right of action.

A child born alive can also receive compensation for a parent’s injury or death under Florida’s workers’ compensation law, as was noted in the 1942 Florida Supreme Court case of C.F. Wheeler Co. v. Pullins.

In personal injury and wrongful death cases, one type of damage that can be recovered is for loss of consortium, which is when significant permanent injury or death resulting from negligence deprives a dependent of services, comfort, companionship, society and support.

Although Florida’s common law doesn’t establish any right of children to claim loss of consortium for the death or serious injury of a parent, F.S. 768.0415 passed in 1988 does.