Although medical malpractice is a frequent cause of litigation in Florida courts, plaintiffs in those cases understand there are stringent proof burdens that must be met, notices that must be filed and expert witnesses to be secured. A Florida injury lawsuit filed on the basis of general negligence is often less of an ordeal (and usually not so expensive from a litigation standpoint) than one rooted in a claim of medical malpractice. Because defendants in these cases realize the hurdles plaintiffs face in medical negligence claims, they will often argue that almost any injury that occurs in a hospital or any type of health care facility is medical negligence. 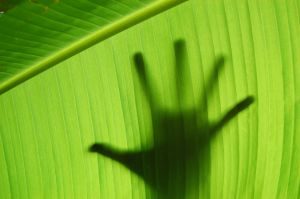 Recently, Florida’s Third District Court of Appeal sided with a plaintiff in a Florida injury lawsuit, finding the hospital’s alleged liability for injuries sustained when another patient beat him up were not rooted in failure to abide medical standards, but rather those set forth in general negligence. In so ruling, the court reversed the trial court’s dismissal of the case, reviving the claim and giving the injury plaintiff another shot at recovering damages.

According to court records, plaintiff was a resident patient at a psychiatric hospital operated by defendant in the fall of 2013 when a fellow resident entered plaintiff’s room and, armed with a metal handrail that had been removed form the hallway wall, beat plaintiff about the face and head. Plaintiff’s subsequent Florida injury lawsuit alleged the hospital was negligent in failing to provide him with security and for its failure to train staff to recognize and address emergency situations, such as the assault and battery that led to his injuries. Plaintiff asserted hospital breached these duties by failing to correct the situation or train its staff or control its patients prior to the assault.

Defendant hospital sought to dismiss the Florida injury lawsuit in Miami-Dade, asserting that despite how plaintiff had labeled his claims, they were actually medical negligence. Were that the case (as defense argued), plaintiff’s claim would fail because he did not provide defendant hospital with the required pre-suit notice as mandated by Florida personal injury statute, and further, he did not submit testimony from an expert witness to support the claim that the hospital had breached the prevailing professional standard of care. The hospital argued that because the alleged damages rose out of the rendering (or alleged failure to render) medical care or services, this was in turn a medical malpractice lawsuit. The trial court agreed.

In its reversal, the 3rd DCA noted that statutory restrictions on medical malpractice claims can make a plaintiff’s path to success in litigation “significantly more formidable than a claim that sounds in ordinary negligence.” There’s the shorter statute of limitations (two years for medical malpractice claims versus four years for personal injury), the pre-suit notice to defendant requirements and a number of other proof restrictions. For this reason, courts must be careful about how they weigh a defendant’s assertion that a claim sounds in medical negligence rather than ordinary negligence.

Here, although defendant argued plaintiff’s claim implicated Florida’s medical malpractice standard of care (i.e., staff training and supervision), the act that caused plaintiff’s injury was not a direct result of the hospital’s administration of medical care or services that required professional judgment or skill. Thus, this Florida injury lawsuit was not one that needed to be filed for medical malpractice. They were not based in acts directly related to medical care or treatment that would have required examination of the medical malpractice standard of care.

The case was referred back to the trial court with instructions to proceed a a claim of ordinary negligence.