New Year’s Eve and New Year’s Day are supposed to mark a fond farewell to the past and a celebration of the promise to come. Too often though, a Miami drunk driving crash leads to injury, or worse, death. 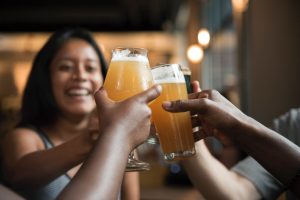 Florida news outlets reported that between 2014 and 2016, a total of 34 New Year’s Day crashes were reported in the Sunshine State, averaging about 11 annually. It’s widely known the first and last days on the calendar are some of the worst for drunk driving accidents, injuries and deaths. In Florida, only five other days averaged more, though none with more than 13. The riskiest time on the roads is from midnight to 3 a.m. on Jan. 1. That’s when nearly one-third of all New Year’s Day car accidents occur. On New Year’s Eve, 44 percent of crashes occur between 6 p.m. and 9 p.m. This pattern of drunk driving on New Year’s is seen all over the country, year after year.

Miami drunk driving injury lawyers know holidays in general tend to see a spike in Florida car accidents, starting around Thanksgiving and continuing on to Christmas and New Year’s and then through spring break in March. Mothers Against Drunk Driving teamed with Uber last year to encourage folks to designate a sober driver before they are too drunk to drive home themselves.

If you can’t stand the thought of simply staying in this holiday or you’re planning on throwing a party, consider the following:

Don’t drive after drinking. Although this seems very obvious, it’s necessary to say because Florida uniform traffic laws don’t make drinking and driving in and of itself a crime. Drinking and driving only becomes a criminal act when the driver is deemed under the influence or has a blood-alcohol concentration of 0.08 percent, unless a minor or commercial driver. However, there is really no known safe amount for any motorist to consume before getting behind the wheel, and people are notoriously awful at determining their own sobriety after they’ve been drinking. On this particular holiday, it’s best to commit to arranging a stone-cold sober driver. In addition to the risk of a crash (which can carry felony charges if someone is seriously hurt or killed), a DUI can cost $10,000 in fines and expenses – even for a first-time offense. The Florida Highway Patrol and other law enforcement throughout the state will be boosting patrols on both New Year’s Eve and New Year’s Day. Connecting with an Uber or Lyft is much more cost effective, not to mention it could save a life.

Do Not Serve Alcohol to Minors or Those Known to Be Alcoholics – Whether Throwing a Party or Employed by a Bar. Florida laws pertaining to social host liability and dram shop liability – F.S. 768.125 – are relatively weak compared to other states. That does not mean the issue shouldn’t be taken seriously. Bars and other vendors need to be conscientious about individuals to whom they are serving alcohol because failure to do so can result in a Florida personal injury or wrongful death lawsuit if the person imbibing goes on to crash a car, hurting themselves or someone else. Technically, Florida does not have a social host liability law. However, there is a provision of criminal law indicating a person with control over a property and knowingly serves or allows minors to consume alcohol or drugs on site or who fail to take reasonable measure to prevent it can face a misdemeanor charge. Florida courts have held that this criminal law creates a civil cause of action for liability if one of those minors gets into a car, drives drunk and is injured or killed or harms someone else. If you are hosting a New Year’s Eve party, make sure everyone is of age to consume alcohol, serve plenty of food and non-alcoholic drinks, taper off availability of alcohol 2 hours or so before the party winds down. Take everyone’s keys when they walk in the door so no one has a chance to slip out inebriated unnoticed. Consider staying sober yourself to be available to make transport arrangements for guests or take them home yourself. If none of that seems appealing, remember that having a guest crash in the spare room is far preferable to crashing on the road.

Our Miami injury lawyers which everyone a safe and happy New Year!

How dangerous is driving on New Year’s in Florida? Dec. 26, 2017, By Langston Taylor, The Tampa Bay Times