A 39-year-old woman who was reportedly drunk when she ran into a 37-year-old pregnant woman and her two children, ages and 3 and 5, on South University Road in Miramar, now faces charges of DUI manslaughter, vehicular homicide and leaving the scene of a motor vehicle accident involving death. 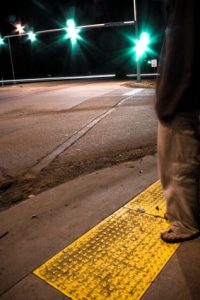 The new charges were filed after the victim’s baby, whom doctors were forced to deliver, died.

Court records show the mother had been nearly six months pregnant with the child and the baby died within just days of the May 7 car accident.

Witnesses to the crash say the suspect, Jessica Yevette Crane, was driving erratically in the moments before the crash, when she drove up onto a curb and struck the young family as they navigated the sidewalk. Crane then reportedly pulled her car back onto the road, barreled over a median and then struck another vehicle before leaving the scene.

Crane was stopped by witnesses who followed and detained her until Miramar police could get there. Authorities noted there were deep dents in her vehicle, consistent with a pedestrian accident in which a person was struck by the front of a vehicle. When officers informed crane she had hit several pedestrians, she allegedly railed about “Cubans” who hit her vehicle and that all the wanted was a “free ride.” (The pregnant victim is Jamaican.) In addition to her belligerence, police noted she cracked jokes, had slurred speech, bloodshot eyes and the smell of alcohol on her breath. She also conceded to officers that she had consumed two alcoholic drinks before the crash. Her shorts were on inside out, and she allegedly urinated in the back of the police vehicle. She has two prior DUI convictions on her criminal record as well. A blood test taken at the scene indicated a blood-alcohol level of 0.22, almost three times the 0.08 legal threshold for intoxication.

The impact of the crash reportedly forced doctors to deliver the woman’s baby via C-Section. However, the child died after just four days.

Meanwhile, the 5-year-old boy suffered a broken leg and cuts and abrasions across his face. The 3-year-old girl suffered a sprained knee and cuts on her torso and face. Their mother was reportedly still hospitalized with serious injuries, more than a month after the collision.

F.S. 316.193 is Florida’s DUI statute, and allows for a DUI manslaughter charge when someone operating a motor vehicle causes a crash that results in death of a human being or unborn child. The crime is typically a second-degree felony, punishable by a maximum 15 years in prison. However, if at the time of the collision the driver knew or should have known a crash occurred and that person failed to give information or render aid as required, it’s a first-degree felony, punishable by up to 30 years in prison.

Beyond that, victims of a pedestrian accident caused by an impaired driver may seek punitive damages in a civil lawsuit. Collecting on those punitive damages may be challenging, as auto insurer provisions usually do not allow for that extent of coverage. However, if defendant has any assets, those may be used to satisfy the verdict.