In any injury lawsuit – be it a car accident or a defective product or premises liability – there are two general types of damages that can be awarded. 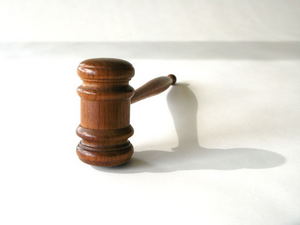 The first type is compensatory damages. This is a sum of money awarded following a civil action to compensate a person for injuries, property damage or other losses resulting from the unlawful or negligent action of someone else. These damages provide a plaintiff the amount that’s necessary to replace what is lost, and nothing more.

Of course, we know some losses are forever and there is no “replacing” the ability to walk or living pain-free or the loss of a loved one. But the idea is to restore the victim(s) to whatever degree is possible.

The second type of damages is known as punitive. The goal of punitive damages is focused on punishment of the defendant. It is intended as a deterrent to committing similar acts in the future and it’s also meant to serve as a warning to others who would engage in similar conduct.

In many cases where punitive damages are granted, the amount is far in excess of what one might receive for compensatory damages.

The other thing to understands is the right to seek punitive damages in an injury case is not automatic. The request first has to go through a judge.

In Florida, F.S. 768.73 dictates when a judge can allow punitive damages to be pursued and how much is appropriate.

Generally, punitive damages are capped at three times the amount of compensatory damages or $500,000 – whichever is greater. There is an exception, though, when conduct is found to be motivated solely by unreasonable financial gain and the conduct was unreasonably dangerous. In cases where jurors find defendant had specific intent to harm plaintiff, there is no cap on punitive damages.

But as our Fort Lauderdale injury lawyers know, even getting permission to pursue punitive damages can be difficult. Plaintiff has to show by a burden of clear and convincing evidence that defendant had actual knowledge of wrongfulness of conduct as well as the high probability that it was result in injury or defendant engaged in conduct so reckless it amounts to a conscious disregard of indifference to life or safety.

In a recent case of Cain v Lee, a woman and her two adult daughters sought punitive damages against a drunk driver following a crash in Virginia. Jurors at trial sided with plaintiffs, but only awarded $500 each in punitive damages. Plaintiffs appealed on grounds the court gave erroneous instructions to the jury, indicating punitive damages are “unfavorable” to the courts.

The state supreme court decided this was erroneous and the error was not harmless. Therefore, the case has been remanded for a new trial.

Whether a case is ripe for punitive damages is a determination your attorney will need to help you make early on. We are dedicated to fighting to obtain our clients the maximum compensation to which they are entitled.