Florida Statute 768.19 holds that when a person’s death is caused by the wrongful act, negligence, default or breach of contract by someone else/another entity, the estate of decedent can pursue a civil lawsuit against that person in Florida’s courts for legal remedy for death/losses. 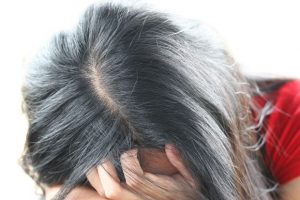 But does this right of action still exist if the person who died took their own life?

Florida wrongful death attorneys will tell you that in some cases, the answer is yes. Some wrongful death/suicide cases are predicated on the assertion a defendant owed a duty of care to prevent the suicide, as they were placed on notice of the risk and had a special relationship with decedent (i.e., a schoolteacher, guidance counselor, medical professional, etc.). Other times, the assertion is that but-for the defendant’s actions, decedent would not have tried to harm themselves.

Other district courts have weighed this in the context of “imminent threats” of suicide versus “non-imminent threats.” One case cited occasionally by Fort Lauderdale wrongful death attorneys handling suicide cases is a ruling by the U.S. Court of Appeals for the 11th Circuit held a school district could be held liable for the death of a 13-year-old who committed suicide by hanging in his backyard. The court cited evidence school officials were made aware of troubling incidents at school that may have indicated the potential for self-harm, yet failed to act – despite having a duty to do so.

Recently, the South Carolina Supreme Court was asked to consider whether an automobile manufacturer could be held legally responsible for losses related to the wrongful death of a man involved in an auto accident and severely injured when his airbag proved defective.

His widow sued on behalf of her lost husband’s estate, arguing that the pain was so bad after the crash that he was unable to bear it any longer.

Defense attorneys argued the man’s suicide was an intervening cause that broke the chain of causation between the crash and his death. Plaintiff argued the man’s pain – caused by the crash – resulted pain so severe, he developed an uncontrollable impulse to harm himself.

Plaintiff doesn’t allege the manufacturer actually caused the crash, but did make his crash injuries more severe. Jurors sided with the plaintiff, and the auto maker appealed to the federal court. The U.S. Court of Appeals for the Fourth Circuit then certified several questions to the state supreme court.

As noted in a recent analysis by the Northwestern University Law Review, each case involving wrongful death suicide needs to be considered on the special facts belonging to it, rather than try to strictly follow traditional tort rules.

Plaintiffs need to establish proximate cause which is legal cause and proof-in-fact, meaning it needs to be more than an indirect/remote cause and the injury was foreseeable.

Justices pointed out there is no exception recognized in that state wherein suicide necessarily breaks the “chain of causation,” but instead consider whether the facts support a finding of probable cause. The court further held that whether the initial proof burden as to whether a suicide is wrongful death is a matter of law for judges – not juries – to decide.

Further, as to whether the comparative negligence could be considered causal in a crashworthiness strict liability/breach of warranty claims when damages are being sought solely for enhanced injuries – not causation – the court answered “no.” In other words, whatever plaintiff did or didn’t do to cause the crash, that comparative negligence – plaintiff’s or another defendant’s – doesn’t reduce a manufacturer’s liability with regard to enhanced injuries. That matters in this case because enhanced injuries are what decedent’s widow – and the jury – had argued were causal in his suicide.

Although this decision doesn’t directly impact Florida (as it is subject to neither the South Carolina Supreme Court’s rulings nor those of the 4th DCA), it is still a pertinent ruling in that sister courts often look to each other when handling future cases of similar substance.