Almost every public service announcement warning regarding drunk driving in Florida suggests finding a designated driver. This is a person who agrees to be sober in order to safely drive another person or group of people after they’ve been indulging in alcohol. All drivers owe a duty to use reasonable care on the roads. But by taking on this responsibility, does a designated driver owe a higher duty of care to intoxicated passengers? 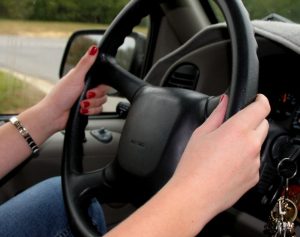 This was a question recently considered by the U.S. Court of Appeals for the Eight Circuit, which answered: No.

The driver in this case was the designated driver among a group of young adults who were drinking at a house party. The group was rowdy, and when it was time to go, two of the passengers opened the trunk and piled in, their back to the rear windshield. Driver instructed them to get out, but the two passengers refused, insisting they would be fine. They weren’t going far and she could drive slow. Not wanting to argue, she relented.

The drive was fine until the intoxicated front seat passenger began acting as if he would press her foot down to the gas pedal. Driver was annoyed with him and told him to stop.

The plan was driver would drop all passenger’s off at the home of one of passengers and then depart for her own house. Knowing the two passengers were in the open trunk with no seat belts, driver took back roads and drove slowly, even more so for turns, checking her rearview mirror frequently to make sure all passengers remained inside the vehicle. They were almost to their destination when the front seat passenger followed through with his “prank” and pushed driver’s right foot down on the gas. She accelerated quickly. As it did so, the two passengers in the trunk fell out.

One of those passengers was seriously injured and required both physical and occupational therapy to fully recover.

Passengers filed a claim for damages against driver’s insurance. That policy limit was just $25,000 and didn’t cover the full cost of damages. One of those passengers then filed a claim from her father’s underinsured motorist policy, of which she was a beneficiary.

In Florida, UIM benefits are outlined in F.S. 627.727. Basically, these are benefits that kick in when the bodily injury liability limits of a liable driver are exhausted, yet not all damages have been covered. Like personal injury protection (PIP), required under Florida’s no-fault insurance law, UIM benefits are paid by the claimant’s own insurer, rather than by that of the at-fault driver. UIM coverage isn’t mandatory in Florida, but insurers must offer it and insureds must turn it down in writing if they don’t want it. It’s a very smart idea to have, as so many drivers in Florida are minimally insured.

In this case, the UIM insurer (under which injured passenger was an insured under her father’s policy) denied UIM benefits. Injured car accident victim sued. Jurors decided the case in favor of passenger, while still finding her 20 percent at-fault. The front seat passenger was deemed 25 percent at fault, which the driver was found to be 55 percent liable.

Trial court indicated it was finding driver’s portion of fault was greater than that of the other passenger because she:

Insurer appealed, arguing the district court wrongly imposed a higher duty of care on the shoulders of designated drivers – above and beyond the duty to use reasonable care applied to any other motorist. The 8th Circuit panel agreed. Firstly, state common law (in this case, North Dakota) did not impose a higher duty of care on designated drivers, and other jurisdictions had even affirmatively rejected such arguments, finding it would be against public policy because the possibility of liability would prompt potential drunk drivers to shy away.