Hollywood theatrics have most people convinced there is some type of formal “reading of the will” in which all concerned parties gather around the desk of a wills and trust attorney’s desk to hear what each has been bequeathed. 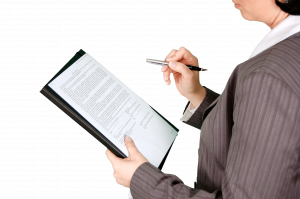 In reality, there isn’t any legal mandate requiring said records to be read aloud. Rather, what happens is a Florida wills and trusts attorney will review these records to ascertain who is entitled by law to receive a copy of the trust – and who probably should be sent a copy even if state law doesn’t require it.

Trusts aren’t considered public record, and thus trustees may deny a contesting party’s request to review certain records. However, that decision could be challenged in court, particularly when those documents are central to the basis of the will contest.

In plain English: If the named trustee refuses to produce copies of the will and documents pertaining to the trust, you can take it to a judge.

Last year, for instance, in the case of Boren v. Rogers, the adult child of an elderly woman who bequeathed the bulk of her estate to a woman who was not family and whom she befriended later in life while her health was failing sought production of the will and trust from the beneficiary’s attorney/trustee. When those records were refused, she sued.

The trial court, after conducting an in camera review of the requested records, denied contestor’s request without explanation beyond asserting the documents in question “weren’t relevant.” Florida’s Fifth District Court of Appeal reversed, finding the documents central to plaintiff’s standing as a prior beneficiary, and that without those records, her case would be altogether eviscerated.

Parties to Whom Trust Record Copies are Required/Recommended

Generally speaking, those who would have a legal and/or vested interest in reviewing copies of will and trust documents would be:

Questions about who is entitled to such records or how you can go about formally requesting a review yourself should be directed to your Fort Lauderdale wills and trust attorney.