The entire South Florida community is mourning the loss of life of two young people with bright futures who were killed in a chain collision accident on I-75. 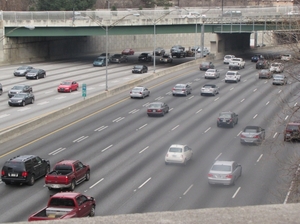 One was a 17-year-old recent high school graduate. The other was a 29-year-old third-year medical student about to begin clinical rotations. Their lives ended when a tractor trailer, hauling concrete barriers, exited a construction area and attempted to merge onto the highway. Instead, the truck was struck by the 29-year-old driver. The impact of that collision sent the car and truck about a quarter mile down the highway – completely sheering off the top of the car’s roof.

The two truck drivers survived with no injuries. A 25-year-old passenger in the medical student’s car also survived, albeit with injuries. But the 17-year-old and 29-year-old were pronounced dead at the scene.

Although authorities have not yet cited anyone in connection with the crash, the investigation is ongoing and a state trooper said it appears the driver of the first tractor-trailer may have improperly crossed into the paths of other vehicles as he exited the construction zone. Also part of the investigation is whether those barriers were properly affixed onto the back of the truck.Troopers said analysis of industry and federal guidelines for securing such material will be closely examined and compared with the facts of the case.

Also of note: The driver operating the vehicle with the concrete barriers had his commercial driver’s license suspended exactly one month before the crash. It had been reinstated and was valid at the time of the traffic collision. The day before the crash, he pleaded not guilty to a pending traffic case in which he was cited for operating a vehicle with improper or unsafe equipment.

The horrific crash was likely entirely preventable. Unfortunately, it seems we may be seeing a number of preventable crashes in the next several months. The summer, according to the National Safety Council, marks the “100 Deadliest Days” of the year, in which the number of motor vehicle crashes spike significantly.

We’re not off to a good start of breaking that trend. In fact, according to a new report from the NSC, there was an 8 percent increase in motor vehicle deaths in the last six months compared to that same time frame last year.

It’s expected this summer will see an especially high increase in traffic deaths, given that gas prices are down and the economy is improving, meaning more people will be taking to the highways.