Sometimes family relationships don’t always go the way we hoped. Although the emotional fallout of this can be messy enough, Fort Lauderdale estate lawyers know it can get even dicier when it comes to the question of inheritance – or disinheritance. 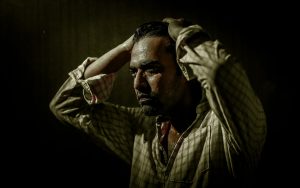 The fact of a biological tie is not necessarily a guarantee that one will be entitled to an inheritance in Florida. The first question will be whether the decedent had a will.

As noted in Part 1 of Chapter 732 of Florida Statutes on Wills and Succession, if a person dies intestate (with no will), biological children are among the first in line to collect an inheritance, aside from one’s surviving spouse.

There is no law that says a parent MUST include a child in his/her will. Almost anyone (aside from a spouse) can be excluded from a will entirely for virtually any reason. It is only when there is no will that issue of statutory succession of inheritance arises.

The portion of the estate to which a qualifying child is entitled in the case of an estate with no will  depends on whether the estranged parent had a surviving spouse and/or other biological or legally adopted children. If there was a surviving spouse – AND that spouse is not the child’s other parent – the spouse gets half while the rest is divvied up equally among the children. In the case of no surviving spouse and one biological/adopted child, the adult child (barring some possible exceptions and exemptions) would inherit the entire estate. If in that scenario there are other biological/adopted children, the estate would be divided equally among them.

However, there is no law that says parents MUST pass part or any of their estate to an adult child. If you are the parent who is estranged from your adult child and wish to ensure he or she does not have a claim to your estate, that must be expressly documented (advisably with the assistance of a South Florida estate lawyer) in your will. This can go the other way too. If you are an adult child with no spouse or children yourself, know that your parents are the next in line to collect on your estate. You may not be planning to die anytime soon, but if you don’t want that to happen, you’ll want to draft a will to make it clear.

I Was Disinherited From My Estranged Parent’s Will in Florida. Can I Fight It?

In most cases, if a parent does not want his or her adult child to inherit from their estate – whether due to estrangement or some other reason – typically a court will respect that desire and affirm it. If a person does not have a will, it would be rare for the court to deny inheritance to a biological/adopted child.

You will want to talk to a Fort Lauderdale probate litigation attorney about contesting a will from which you were disinherited. These cases are considered by Florida courts on the basis of the specific facts at hand. Note that sate law governs here, and some states have different approaches when it comes to disputing a disinheritance. The state law that will be applicable is likely to be the one where the decedent had domicile (lived).

The truth of the matter is that successful contest of a will can be an uphill battle in Florida. One has to first show the child who was disinherited had a direct financial interest and that this would be affected if the probate is allowed to move forward. Then, the child will need to make a case – on the basis of specific facts (not just general conclusions) – laying out the legal grounds for why the disinheritance should not be honored.

Some of the grounds on which a person can challenge a disinheritance in Florida include:

It’s important to note your deadline is short here. In Florida, you have just three months to file a will contest. Discussing your options with an attorney as soon as possible is in your best interest.