Any experienced probate litigation lawyer in South Florida is familiar with the stereotypical “evil stepmother” trope. It’s not necessarily that there may not be truth to it in some families, but it more often than not really comes down to the fact that in so many probate, estate and trust cases, the interests of the surviving spouse (more likely to be the stepmother) so often conflict with those of adult stepchildren. It’s fair to say that a significant portion – bordering on half – of contested wills, trust contests, life estate challenges, elder financial abuse allegations, deed revocations – involve some type of conflict between adult stepchildren and stepmothers. 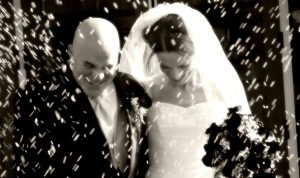 This is certainly not to say that stepmothers are “evil” in all or even most of these scenarios. What it does highlight is the fact that so many conflicts in matters of estate involve this dynamic and it’s indicative of the fact that an increasing number of families are blended and this inevitably can create long-simmering tension that can spill over into disputes over estate property, beneficiary rights to a trust or an inheritance.

The Pew Research Center reported just a couple years ago that in 1960, 73 percent of children were living in two-parent family households. By 2014, that figure dropped to 46 percent. The number of single-parent households rose from 9 percent to 26 percent during that time. Sixteen percent of children live in so-called “blended families,” with a stepparent, step-sibling or half-sibling. And of course, these figures reflect family structures in childhood; those single parents often go on to get married as the children get older or reach adulthood. There is also an increasing trend toward cohabitation among elderly paramours, which might further complicate matters legally.

What further explains the stepmother-stepchildren conflicts in Florida probate litigation is the biological reality that women tend to outlive men. As noted recently in a report by The Scientific American, women outlive men in the U.S. by about 6.7 years (males have a life expectancy of 73.4 years while women have a life expectancy of 80.1 years). Women have a biological advantage, but there are also a number of environmental factors too (men tend to take more risks, avoid seeing doctors, have more dangerous jobs and tend to suffer higher rates of conditions like heart disease – and at a younger age). All of this means that widowed females are inevitably going to outnumber widowed males – as MarketWatch notes, from 11.2 million to 2.9 million. When these spouses have children from previous marriages and relationships, it seems obvious that more often than not (barring a same-sex relationship), the “surviving spouse” is going to be the female.

Escalating these points of contention is the fact that only a fraction of adult stepchildren say they feel close to their stepmothers, and many don’t grow much closer over time. There could be many reasons for this, but this estrangement or even general indifference toward an elderly parent’s spouse can create heightened conflict when that parent dies. This can sometimes be especially exacerbated when the stepparent was only married to decedent for a relatively short time before death. That doesn’t necessarily mean the updated wills or estate plans are invalid, but it can spark allegations of undue influence, particularly if decedent suffered from dementia. So too can evidence of favorable treatment of a stepmother’s own children over a decedent father’s biological children.

If you have a conflict over a loved one’s estate or need more information about estate planning, our probate litigation attorneys in Fort Lauderdale can help.

Why stepmothers are so often the villains at the heart of estate fights, Jan. 30, 2018, MarketWatch