More than 4,100 people died in large truck crashes in a single recent year – 30 percent more than a decade ago. These collisions largely result in deaths to passenger vehicle occupants, primarily because trucks weigh 20-30 times as much, take up to 40 percent longer to stop and are frequently operated by fatigued drivers. 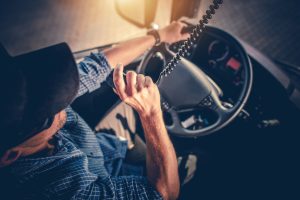 One bright spot is that technology is increasingly on the side of those hoping to hold drivers, carriers and truck owners responsible for negligent driving and truck maintenance.

Historically, Florida truck accident investigations were limited to photographs of crash scene, snapshots of vehicles and witness testimony. Expert witnesses helped to reconstruct the crash and fill in the details of what happened.

It’s not just commercial trucks that are increasingly equipped with technology that allows us to more easily reconstruct crashes. Most newer vehicles have a host of systems that help with crash avoidance, such as forward collision warning systems, rear cameras, pedestrian detection and more.

An increasingly standard feature on both trucks and passenger cars is something called electronic computer modules, or ECMs. These systems can save hard brake data (a decrease of speed at 7 mph per second), speed and braking/throttle input. While passenger vehicle ECMs record this information for about 8 seconds before airbag deploys, commercial truck ECMs record it for 90 seconds before the last hard stop or brake. ECMs can also tell us whether the driver braked, how hard they braked and whether they veered left, right or not at all.

In passenger cars, these data systems also record the change in speed a passenger car goes through as it is colliding with an object or other vehicle.

All of this can help your truck accident lawyer piece together what happened, making a stronger case for both liability and damages. It also has the potential to weaken any comparative fault argument the defense may raise. As noted in F.S. 768.81, comparative fault proportionately reduces the amount you are ultimately paid if the defense can show you were partly to blame for what happened.

Although some features are geared specifically toward truck accident reconstruction, others are designed more for crash prevention – but they can still be revealing when a crash is being reconstructed.

For instance, forward looking radars are designed to slow a large truck automatically when traffic ahead stops or slows unexpectedly. This is helpful in discouraging tailgating. There are also lane departure warning systems, tire pressure sensors and sensors that track alert to trailer sway.

If anyone of these features is activated, they are designed to automatically trigger the critical event recorder. This also alerts the trucker’s dispatcher to a possible on-the-road issue. Then if a crash does occur, that information is stored and can become very useful in the crash investigation to determine how and why the wreck happened.

Another potential gamechanger in the trucking industry are biometric sensors that truckers wear to help combat drowsy driving – something that accounts for a significant number of crashes. These sensors, which can be worn as caps, wrists, eye wear and wristbands, alert drivers to things like head and eyelid droops – letting them know they are tired perhaps before they even realize it. This data can also be recorded – and potentially quite useful for crash investigations.

The use of video has proven increasingly helpful in Florida truck accident lawsuits as well. Some trucking industry players are reticent to install onboard dashboard cameras on their fleet, but others are embracing these – as well as side and rear view cameras. These help with blind spots and they’ve also proven invaluable in Florida truck accident injury claims, particularly over the last five years.

So too have security cameras that are increasingly rolling at homes, businesses, roadways and intersections. All of these can be used to help more accurately piece together what happened.

Every shred of information in these cases is vital, and a single clip or piece of data can change the entire “how” of an accident. This is because firstly, witness testimony is perhaps one of the most unreliable forms of evidence. This is compounded in a truck accident case by the fact that those who were involved or saw it happened are often traumatized. Certain details can easily get overlooked in these situations. Video is superior evidence compared to eyewitness testimony – especially if there is footage from multiple angles.

It’s not uncommon for those involved in litigation to dispute things like who was in whose lane, how fast the vehicles involved were going and who was to blame. Truck accident reconstruction can cost $15,000 or more for each side, once expert witnesses have weighed in. Having this technology available to provide an accurate retelling allows for more efficient claims that are less time-consuming and costly.