In Florida, dog owners are liable for the injury or damages their animals cause, regardless of whether they the dog was formerly declared vicious or whether the owner knew about such viciousness. Per F.S. 767.04, negligence on the part of the person who is bitten or injured that contributed to the injury will play a role in reducing the dog owner’s liability, but it won’t eliminate it. 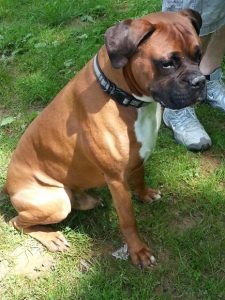 Dog bite and dog injury cases make up a substantial part of homeowner insurance claims and payouts. According to the American Pet Products Association, some 78 million dogs are owned in the U.S. Last year, there were approximately 4.5 million people bitten by dogs, according to the Centers for Disease Control and Prevention (CDC) and of those, about 885,000 required medical care. Dog bites and other dog-related injuries accounted last year for a third of all homeowner insurance liability claim dollars paid out, totaling some $570 million. On average, dog bite and dog injury claims are given about $37,200, which is a slight uptick from years’ past.

The recent case of Am. Family Mut. Ins. v. Williams did not involve a bite, but did allege a dog-related injury for which plaintiff sought coverage from the dog owner’s homeowner insurance policy.

According to court records, plaintiff was staying with a college friend and his friend’s wife in Indiana in 2012. One day, the couple left for work, leaving their guest at home with their dog, Emma. The couple told their guest the dog should be fine – he didn’t need to do anything for her while they were gone. However, they did note that if she really wanted to go outside, she would ring a bell at the front door and he could let her out. They made no mention of a leash or of him accompanying her.

Shortly before 11 a.m., plaintiff was watching television on the couch when he heard the dog scratching on his bedroom door. He got up, found her leash and took her outside to do her business, which she did without incident. The pair went back inside.

About an hour later, he heard the doggie bell ring and went to the front door to find the canine crying to be let out. Once again, he grabbed the leash and walked out back with her. Then suddenly, another dog nearby in the neighborhood barked. This was enough to send Emma lunging forward. She took plaintiff along with her. Because he didn’t let go of the leash, he twisted his shoulder and suffered injuries when he hit the ground.

He later filed a lawsuit against his college friend for liability for their dog’s actions, causing his dog injury.

The homeowner’s insurance company contained a personal liability coverage that indemnified the couple for compensatory damages – such as personal injury – and guaranteeing to defend them from such damages. The policy did contain a provision stating it would not cover bodily injury to any insured. An insured person, as defined by the policy, is one who in relevant part was legally responsible for the animal or someone who owned the animal to which the policy’s personal liability coverages apply. The insurer took the position that it was relieved of the duty to defend or indemnify the homeowners because plaintiff had been “responsible” for the dog.

The district court disagreed with that assertion, and the U.S. Court of Appeals for the Seventh Circuit affirmed. The court ruled plaintiff was not the dog’s keeper, owner or bailee. Therefore, he wasn’t legally responsible for her under Indiana law. He was also not an insured under the policy and therefore, he wasn’t precluded from coverage by the policy’s provision regarding intra-insured lawsuits.