Following the stunning and tragic collapse of a pedestrian bridge under construction over Southwest Eighth Street at Florida International University in mid-March, resulting in the death of six people killed and several others injured, a total of six lawsuits have so far been filed. It’s likely more will be forthcoming. 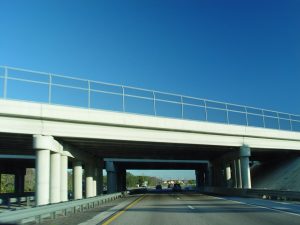 Each plaintiff was represented by a different Florida personal injury or wrongful death law firm (with the exception of two plaintiffs represented by the same firm), each tasked with the massive undertaking of conducting their own investigations and gathering their own evidence as to what happened and who should be responsible. In some instances, law firms dispatched investigators on the ground while cleanup of the site was still underway, helping to gather critical evidence, while others joined in the weeks that followed. Some of the initial questions raised when there are negligence lawsuits involving that many people for the same incident are:

What we know is that so far, most plaintiffs have named the construction and engineering firms that were working on the bridge, while some said they intend to add FIU as a defendant at some point and others have named a total of four defendants.

Daily Business Review interviewed several of plaintiff law firms, most of whom indicated they do have an interest in consolidating their discovery to some extent. It’s likely, they noted, that defendants will be intolerant of eight or nine different South Florida personal injury law firms conducting the same depositions repeatedly. Still, some law firms expressed concern over the quality of the investigative legwork of others. A flawed test or inappropriate test could result in findings that are misleading or inaccurate, and especially in a complex case like this, credibility is going to be of critical importance.

It’s probable that most injury firms will utilize to some extent the ultimate findings of the national Transportation Safety Board and law enforcement investigators. However, injury and wrongful death attorneys are under no obligation (and some have displayed no desire) to wait until those investigations are concluded to start their own. That’s because just as in any other civil tort case, while the findings of police or any other investigative unit may be used as evidence, it is not the last and final word on the question of liability. It’s for this reason that many Florida injury lawyers conduct their own separate investigation. It’s also worth pointing out that we are often looking at a case through a different lens than government investigators. They are generally seeking evidence that would indicate a violation of traffic or criminal laws. We are looking for evidence of negligence. The elements are different as are the proof burdens. Your attorney is also the only one investigating from a standpoint of looking out specifically for your best interests.

In a case like this where there are likely to be numerous plaintiffs and defendants, it’s best to consult with a legal team as early as possible. Many insurance policies – even those with substantial liability limits – still have per-incident caps, and you will want to have whatever advantage you can.

Here, we know the bridge collapsed approximately one week after cracks were discovered. Some important questions will be what was FDOT’s response upon learning of those cracks? Why was testing being conducted mid-day when traffic was passing through underneath? Also, why did those firms involve insist on using a quick-build approach when other options were available?