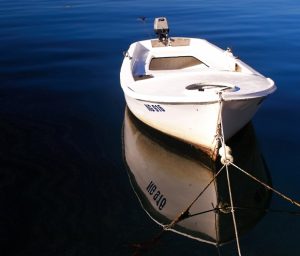 A pair of bills proposed during the 2015 state legislative session would have aligned BUI (boating under the influence) with those of DUI (driving under the influence). As it now stands, both first- and second-time offenders of both crimes face the same amount in fines and jail time. However, DUI repercussions are lot more severe than those received for BUI. For example, BUI does not affect a person’s driving record. What’s more, BUI convictions are not considered to be “prior convictions” in future DUI cases. Additionally, BUI convictions aren’t reported to the Florida Department of Highway Safety and Motor Vehicles. To treat these two offenses the same, said state Rep. Gayle Harrell, sponsor of one measure, “just made a lot of sense.”

Unfortunately, she wasn’t able to sell her colleagues on it and the bills died out in committee. The opposition feared that such legislation could open the doors for boaters to be required to obtain boating licenses, a constitutional issue that bill sponsors say was not a valid concern. No new proposal has been made. Our Fort Lauderdale boat injury lawyers believe it may be time to revisit this.

The Palm Beach Post recently delved into this very issue, spotlighting a pervasive problem in Florida, which has more boating accident injuries and fatalities than any other state. Reporters cited one case of a man who drank too many Long Island Iced Teas and then piloted his yacht, perhaps aptly named, “Time Out” onto a beach – yards from multi-million dollar homes. He was later cited for BUI when his breath-alcohol limit was measured at 0.164 – more than twice the legal limit of 0.08.

Although that seems like a clear-cut case, enforcement of BUI in Florida can be tricky and raise a number of complex legal issues. For instance, unlike trucks and cars, boats don’t have airbags, seat belts, brakes or other safety restraints. Neither do they travel on defined pathways. They are often susceptible to the waves and currents. There is no defined street and there often isn’t adequate lighting. There is also no certification needed for driving a boat the way there is for a motor vehicle – even though the consequences for inexperience are much the same. Boaters in Florida are supposed to complete a course and get a boating education card. Yet the number of boating safety ID cards numbered fewer than half the number of registered recreational vessels last year.

Should boating under the influence be treated the same as DUI? Sept. 30, 2016, By Kristina Webb, Palm Beach Post