State lawmakers are weighing a bill that would reimpose caps on non-economic damages in all Florida injury lawsuit and damage claims, limiting plaintiffs to $1 million for damages like pain and suffering and loss of consortium. Fort Lauderdale personal injury lawyers know such caps were already struck down as unconstitutional by the Florida Supreme Court, but legislators are reportedly banking on the fact that more newly-appointed conservative justices will take a different view. 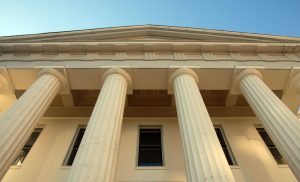 Florida State House Bill 17 is slated for consideration by the House Judiciary Committee, after already moving through the Commerce Committee and the Civil Justice Committee. It prevailed, though votes were split along party lines.

The question is whether the new state supreme court will adhere to the constitutionality precedent set by the previous justices. In the 2014 Florida Supreme Court ruling of McCall v. U.S., the court rejected lawmaker-initiated non-economic damage caps in wrongful death lawsuits, finding them to be a constitutional violation on the equal protection clause.

Effectively, what both of those previous injury and wrongful death caps did was lower arbitrarily reduce compensation for those who suffered the worst injuries as a result of someone else’s negligence.

The Republican sponsor and supporters of the bill say the state high court’s rulings in both cases were “wrong,” and the “activist” justices overstepped their bounds by effectively legislating from the bench, violating the state’s constitutional rules on separation of powers among the three government branches.

Three new appointments to the Florida Supreme Court by Republican Governor Ron DeSantis makes the court the most conservative the state has had in decades. Although partisanship is not supposed to play a role in how judges interpret the law, our Fort Lauderdale personal injury lawyers know that sometimes it does.

On top of capping pain and suffering damage awards in civil injury lawsuits, the bill originally would have protected businesses in the state from certain product liability claims. However, that provision was later removed for fear it might interfere with the state’s pending lawsuit against makers of opioid drugs.

Florida has been characterized as a “judicial hellhole”  by tort reform advocates, but this is in fact another way of saying that legislators and state courts by-and-large recognize the need for strong consumer and individual protections when it comes to negligence.

Regardless of what happens with this bill, having an experienced injury attorney or wrongful death lawyer at your side to fight for your right to full and fair compensation is essential. Even if liability is established, the issue of damages is often a contentious one in Florida injury lawsuits.