An increasingly common issue sprouting up in Fort Lauderdale probate litigation is prenuptial agreements. These agreements, also sometimes referred to as premarital agreements, are those made by couples prior to marriage that concern the ownership of respective assets should the marriage fail. However, Florida probate lawyers know they can also include virtually any right or interest in any present or existing property rights – including stipulations such as alterations of an existing will. As long as there is nothing in the contract that violates the law or affects the right of child support, the parties can pretty much contract for anything they want. 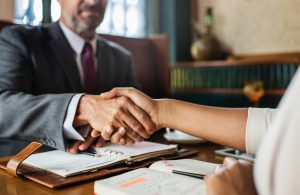 The American Academy of Matrimonial Lawyers reported that in a national survey, more than 60 percent of top family law attorneys have seen an increase in the total number of prenuptial agreement requests over the last three years, many saying millennial newlyweds were a significant driver of the uptick, though older generations too are securing these agreements, particularly in second or subsequent marriages. The reason for the latter, the AAML noted, was because older couples have more assets to protect.

A recent Florida probate case involving a prenuptial agreement was weighed by Florida’s Fourth District Court of Appeal. The spat was between decedent’s son and his wife over the way the estate was administered.

The court noted a premarital agreement wherein decedent agreed to make a will favoring his wife. However, at some point after their marriage and prior to his death, decedent drafted a new will that excluded the wife in favor of his son. When her husband died and she learned of the new will, the widow filed a petition that sought admission of the will that favored her. The son promptly filed a counterpetition for the Florida probate court to instead admit the version of his father’s will that favored him. In challenging the son’s counterpetition, the widow alleged the will had been altered by way of undue influence.

As our Fort Lauderdale probate litigation attorneys can explain, undue influence involves someone close to the decedent – often a relative or caretaker – who manipulates or pressures the testator (person who wrote the will) into changing it in a way that has some degree of legal significance. That often means altering one’s will in order to favor one individual over another.

In the recent case before the 4th DCA, the lower court determined the wife was able to show substantial evidence raising a rebuttable presumption the son imposed undue influence on his father to disregard the will with language adhering to the prenuptial agreement and favoring the wife and write a new one that favored him. What that meant was the burden of proof shifted to the son to show he did NOT exert undue influence, and the lower court ruled he had not done that. Further, the court ruled the prenuptial agreement prevented decedent from revoking his earlier will in favor of his wife.

The 4th DCA agreed with the outcome, but wrote to clarify that a person always has the right to change their will. If that alteration breaches a contract – such as a prenuptial agreement – that becomes a separate issue. In this case, though, the error was harmless because the will presented by the son had already been invalidated on grounds of undue influence.