Florida has one of the weakest protections against driver distraction in the nation. While a proposal to toughen our state’s anti-texting-and-driving law was passed by the state House and given Gov. Rick Scott’s blessing, the state Senate has reportedly pumped the brakes on the measure, with news outlets reporting Sent. Rob Bradley, R-Fleming Island, allowing it to stall in his committee for well over a month. 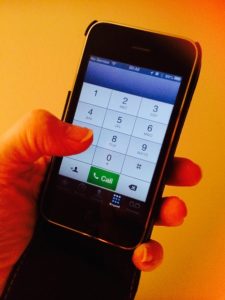 For his part, Bradley has cited concerns about potential racial profiling and the scope of police authority to view drivers’ cell phones during a traffic stop.

As it now stands, F.S. 316.305 prohibits motorists from texting, typing or reading messages, emails and social media posts while engaged in active driving. However, there are a plethora of exceptions, including no restrictions on radio broadcasts, engaging GPS navigation services or wireless communication that doesn’t require reading or the manual entry of data. A fine for a violation is just $50, but even those are rare given that it’s only a secondary offense, as opposed to a primary one. That means police cannot legally stop a driver observed texting-and-driving if that is the sole violation noted. The officer must also observe some other violation, such as speeding, weaving or red light running.

A study conducted last year by the Florida Department of Highway Safety and Motor Vehicles revealed there were nearly 50,000 car accidents in Florida caused by distracted driving – which is more than five crashes every single hour. These resulted in more than 3,500 serious injuries and an estimated 233 deaths.

The problem was most pervasive among younger drivers, in particular those between the ages of 20 and 204 (followed closely by 25-to-29-year-olds and 15-to-19-year-olds). Drivers under 30 accounted for 20,000 distracted driving crashes.

Fort Lauderdale car accident lawyers know that in order to avoid a collision, motorists need to be able to perceive the danger, react and have enough time to stop. The amount of reaction time one has – even if they are a sufficient distance away from the vehicle ahead – is severely reduced when one isn’t paying attention. A driver who is traveling 40 mph needs at least 44 feet to perceive the distance, 44 feet to react and 101 feet to stop. That’s 186 feet total. Now consider that is little more than half a football field in length and that one can travel that in under 10 seconds at 40 mph. It takes a fraction of a second to make a difference between a close call and a life-altering tragedy.

While the Florida Senate declined to debate the texting-and-driving bill that would have made this a primary offense, lawmakers instead chose to debate:

Meanwhile, distracted driving kills 17 people a month in Florida. The bill as written still would not impose sanctions for using your GPS or answering a phone call.

Initially, passage of the measure seemed likely because it had gained widespread bipartisan support. However, the American Civil Liberties Union has expressed concern that black motorists were twice as likely as white drivers to be stopped by police for failure to wear seat belts, and there is concern about how the law would be fairly applied. Some lawmakers have suggested passing the law – with a requirement to carefully track the racial identities of motorists stopped and cited for a follow-up examination of enforcement. However, no such amendment has yet been added and the bill seems unlikely to pass this session.

Those injured in car accidents who suspect the other driver of distraction should contact an experienced injury attorney to help investigate and explore legal options.