An alleged failure to misdiagnose a child’s chronic kidney disease led to a medical malpractice lawsuit, one that just landed before the Florida Supreme Court. 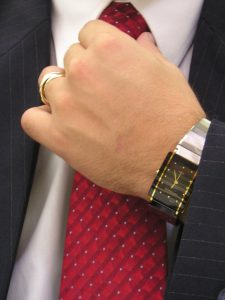 A girl who underwent a kidney transplant in 2007 took legal action against her pediatrician of seven years, alleging he should have diagnosed her with C1q nephropathy before it caused such serious health problems requiring the transplant. Her doctor countered she actually has a different disease, one that is acute and could not have been identified any sooner. After a mistrial the first time around, the family was awarded $4.1 million in damages at the second trial.

On appeal, defendant doctor argued the trial judge was wrong to allow multiple expert witnesses in the same discipline to testify on plaintiff’s behalf, considering a pre-trial order by the court to limit testimony to a single expert ion each area of medical specialty. However, a divided Florida Supreme Court ruled the doctors who testified were not doing so as “experts,” but rather as “treating physicians,” a distinction that could have an impact in future Florida personal injury lawsuits.

Expert witnesses are required or necessary in a host of civil injury litigation actions, to help explain certain pertinent facts or prove causation or damages. They have special knowledge or experience that can help put evidence into perspective in a way that is clinical and impartial. In some injury cases, such as those stemming from medical malpractice, expert witnesses are mandated. In others, such as car accident lawsuits, they are necessary to proving certain elements, but they aren’t necessarily required.

Expert witness testimony is treated differently, more cautiously, than eyewitness testimony because it involves application of scientific analysis and is often given more weight by jurors. Following a 2017 Florida Supreme Court ruling, courts here use the Frye or “general acceptance” standard of vetting for expert witnesses, after years of using the more stringent Daubert standard used in federal courts. Daubert requires something of a mini-trial to determine whether experts are qualified, whereas Frye merely asks if methods are generally accepted by professionals in a given field.

Here, the court noted that testimony provided by treating physicians can blur the lines of what is simply fact testimony and what is expert testimony because physicians have scientific, technical or other specialized knowledge that might inform their testimony. While expert witnesses help a jury understand the facts, a treating physician is testifying as a “fact witness,” concerning his or her own medical performance on a certain occasion, rather than offering opinions on the medical performance of someone else. It still involves testifying with their specialized knowledge, but the testimony pertains to past facts based on personal knowledge. While experts testify with the benefit of hindsight, treating physicians don’t. They aren’t acquiring knowledge for the purpose of the lawsuit, but rather knowledge they gained in the course of treating their patient.

So while it was true that several doctors in the same specialty were allowed to testify on behalf of the plaintiff in this case, the state high court ruled this did not violate the trial court’s initial order to limit expert witness testimony to one expert per field per party.

Experienced Broward personal injury attorneys recognize when a case requires the insight of an expert witness and/ or treating physician to win a case, and can help you explore the legal resources available to you.