Florida wrongful death cases involving nursing home patients is often the result of sepsis, a blood infection that can stem from untreated bedsores – among other signs of abject nursing home neglect. That’s according to a recent analysis reported by Kaiser Health News, which took note that nursing home resident hospitalizations for sepsis-related care ending in death were much more common than those for other conditions. Nursing home wrongful death attorneys in Fort Lauderdale recognize that while no one is nationally tracking how often these infections turn fatal, one recent federal report by Definitive Health Care revealed care related to sepsis was the No. 1 reason given for transfers of nursing home residents to hospitals. 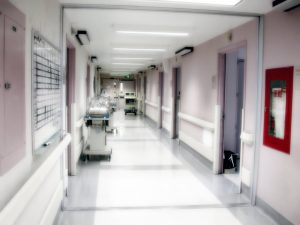 Many Fort Lauderdale wrongful death lawsuits stem from the fact that year after year, nursing homes are failing to prevent bedsores and other sorts of infections known to lead to sepsis. These patients endure, painful, stressful hospital treatments for sepsis, with injury and wrongful death attorneys often arguing it should never have happened in the first place.

The analysis examined data related to nursing home residents who were transferred to hospitals and later died. Of those, roughly 25,000 suffered from sepsis (among other conditions), costing medicare some $2 billion a year (based on four-years’ worth of information). Of those who suffered from sepsis, 1 in 5 did not survive. The scope of such a public health problem, researchers say, is “enormous.” Just a single sepsis-related hospital stay at the end of one nursing home patient’s life cost more than $400,000.

Sepsis in nursing home patients often starts with a condition that is entirely preventable, including bedsores, urinary tract infection sand pneumonia. Broward wrongful death attorneys recognize that pressure sores – particularly those in the latter stages – are something recognized as “never events,” as in, “they should never happen.” That’s because they are fully preventable when nursing home staffers follow the applicable standards of care for immobilized patients and turn them every two hours, in addition to taking other precautions. These strict standards are in place precisely because we know exactly what prevents these conditions. It’s up to nursing homes, particularly those (practically all) that receive federal funding for the promise of giving care that is in line with accepted care standards.

The legal community in South Florida and in many other jurisdictions has taken an aggressive approach when it comes to nursing homes. This is based not on just what we see anecdotally as wrongful death attorneys in Fort Lauderdale, but on court data reviewed by the study authors. Plus, there are thousands of nursing homes cited every year by state inspectors who see first-hand the shortcomings in care at nursing homes. They too recognize the potential to cause serious harm. Their citations often pertain to known sepsis risks, such as bedsores, improper catheter use, unnecessary feeding tubes and failures in the nursing homes’ overall infection control procedures.

We know that small infections can quickly turn into big infections – and that results in unnecessary nursing home fatalities. That’s why more nursing home wrongful death lawsuits in Florida are being filed. It’s a systemic failure to curb these known risks.