Florida wrongful death lawsuits can help families obtain a measure of accountability from those whose wrongdoing took their loved ones from them. But beyond that, they can make the future safer by compelling changes that may prevent someone else from being harmed in the same way. Through all this, it is our hope as Broward wrongful death attorneys, that surviving family members find some measure of peace and closure. 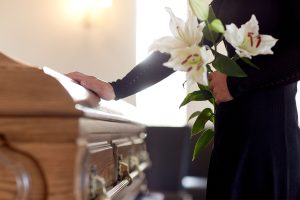 An example of this was seen recently in the $8.2 million Florida wrongful death lawsuit against a bridge operation company facing allegations of negligence in the death of a 79-year-old West Palm Beach bicyclist who died after plummeting from a bridge that was abruptly raised while she was in the midst of crossing it. She’d been just 10 feet away from the edge of the bridge when she fell to her death in the gap. The bridge tender at the time of the incident has been arrested and faces a single count of manslaughter by culpable negligence. (She told investigators she had gone outside to visually check that the bridge was clear before raising it, but video evidence and other testimony have thus far contradicted this, according to local news sources.)

Meanwhile, the decedent’s family filed a Florida wrongful death lawsuit against the bridge tender’s employer, a company called Florida Drawbridges, Inc. Plaintiffs in this case not only sought monetary damages for their lawsuit, but also industry-accepted safety changes to ensure something like this doesn’t happen again to another Florida family. In their filing, the family specifically stated they wanted an outcome that resulted in “change to preclude this preventable tragedy from occurring in the future.”

Ultimately, that’s what they got in addition to the $8.2 million settlement. Among the procedural changes that the defendant drawbridge company agreed to undergo:

The family reportedly donated a significant portion of the settlement proceeds – including the creation of an annual $30,000 scholarship that will carry on for the next three decades. As the family’s wrongful death attorney was quoted as saying, the family wanted fundamental changes to be central to this settlement agreement. “At the end of the day, we got those changes. Hopefully at the end of the day, this never happens to another family.”

As our Broward wrongful death lawyers can explain, when these cases are settled or won at trial, the takeaway for the plaintiffs is referred to as “damages.” Damages can be paid for things like medical bills, lost wages, funeral costs, loss of earning potential, pain and suffering of the decedent, loss of consortium (of the decedent’s spouse or children), loss of prospective net accumulations of an estate, etc.

Survivors who may bring a wrongful death action in Florida include a decedent’s spouse, children, parents or other blood relatives or adoptive siblings. (This is not applicable for medical malpractice wrongful death cases, for which only spouses and children under age 25.)

Even though no amount of money is going to bring back a loved one, the courts quantify these damages in dollar amounts. And financial compensation is important for many families in wrongful death litigation, particularly if the decedent suffered a long illness (racking up lots of medical debt) or was a primary wage earner/caregiver within the family. But as the aforementioned case shows, wrongful death claims can also be opportunities to compel important change.

It’s important to discuss your primary goals with your wrongful death lawyer at the outset of your case.