Bicycling in Florida can be great. There are many miles of flat, picturesque terrain and weather that is generally conducive year-round to good riding (though you may opt for an early morning or evening jaunt at the peak of summer). 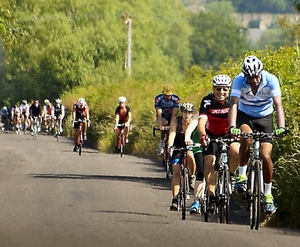 But bicycling in Florida is also very dangerous.

The National Highway Traffic Safety Administration reports a 19 percent increase in pedalcyclist fatalities since 2010, with Florida having by far the highest percentage of bicycle deaths. We had 6.80 bicycle deaths per million, and a total of 133 for the year in 2013. That was far in excess of any other state – even those with much higher populations.

We also know that an increasing number of riders are over the age of 65, with many even over the age of 70. A report last year by peopleforbikes.org found that between 1995 and 2009, there was a 320 percent increase in bicycling rates for those between the ages of 60 and 79.

These riders have a heightened risk of serious injury when they are involved in a crash. This prompted the Palm Beach Post health reporter to question whether the many benefits of cycling outweigh the risks for older riders.

He noted the Pedestrian and Bicycle Information Center reports some 50,000 bicyclists are injured annually.

A growing percentage of those are older or aging Baby Boomers. Recently, Secretary of State John Kerry, 71, was involved in a bicycling accident in France in which he broke his left thigh bone (femur) after striking a curb. He was flown back to the U.S. for a four-hour operation and is now undergoing what will likely be months of rehabilitation.

Kerry is a fit and active senior. But with an artificial hip, complications were inevitable.

Overall, injury costs for emergency response, hospitalization and ongoing therapies, surgeries, medications and treatments tend to be higher for seniors. That’s why it’s imperative for these riders to seek immediate legal counsel after suffering injury in a bicycle accident. The cost of failing to do so for them is often much higher.

The article indicates older adults may be good candidates for adult tricycles, although those have yet to gain popular traction.

For those older adults who are involved in a Florida bicycle accident, remember the following tips:
–Always report the crash to police. This is true even if you don’t think initially you are hurt. Many times, people don’t feel injured in the moment, but later are overwhelmed with pain. Florida law requires you to report the crash where damage to persons or property exceeds $500. Even if you aren’t sure whether the crash you were involved in meets that threshold, report the crash. It could be critical in preserving your rights later.
–Keep your own comments about the crash to yourself, but take note of what the other party says. Anything you say might be used against you later.
–Keep your bike, helmet, clothing, lighting and other property if possible. Do not conduct repairs unless you have discussed it with a lawyer.
–Document your physical condition and injuries. Seek medical treatment if necessary.
–Don’t discuss the crash or your injuries on social media. This could come back to haunt you later.
–Consult with an experienced injury attorney.