Florida’s new texting-and-driving law, in effect July 1st, broadens the circumstances under which police can initiate a traffic stop for texting drivers and increases the penalty for a violation. 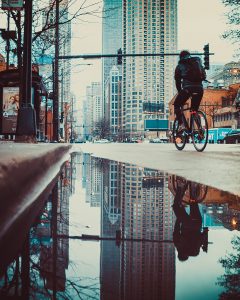 If it’s well-enforced, it may also help in the goal of reducing Florida bicycle accident and pedestrian accident fatalities, which our Broward wrongful death attorneys have long known to be a serious problem.

Why Is Distracted Driving Such a Big Problem These Days?

The driving factor in the uptick of distracted motorist deaths is undeniably: Cellphones. The lure of constant connectivity has proven quite powerful, and many are still under the mistaken assumption people have the ability to multi-task (they don’t, not with high-level functions like reading, writing and driving).

Technically though, distraction can be anything that takes a driver’s full attention from the road. Examples include:

Still, Florida lawmakers shied away from expressly naming any of these in the new statute. As our Broward injury lawyers can explain, individuals who engage in these behaviors may or may not be cited for a traffic infraction if they cause a crash. From a civil case standpoint though, any of these could represent a breach of a driver’s duty of care, the foundation for establishing negligence compelling compensation.

The biggest change that will come from Florida’s new distracted driving law will be to bump it from a secondary to a primary offense. That means an officer’s observation or reasonable suspicion that a driver is texting behind the wheel will be cause  enough in its own right to prompt a traffic stop. Previously, police had to have another reason to initiate a traffic stop before they could also issue a citation for texting/driving.

Fines under the new law will still be $30 for a first-time offense, $60 for a second offense, etc. Additional fines are added when offenses take place in certain areas, like school zones.

Bicyclist accidents involving distracted drivers are fairly common. Bicycles are smaller, quieter and less noticeable to start. Add an inattentive driver to the mix, and we too often get tragedy.

Late last year in Davie, nearly a dozen cyclists, including a 14-year-old boy were riding together for charity when they were struck from behind by a 33-year-old driver who at the scene told police she was distracted with something in her glove box. Two bicyclists were killed and three others critically injured.

On emergency dispatch recordings of the driver’s initial 911 call, she can be heard shrieking, crying and saying over and over, “I never saw them!”

Fort Lauderdale bicycle accident attorneys at The Ansara Law Firm know this is a really common refrain in all sorts of bike crash scenarios, but it’s practically expected with drivers who were allegedly distracted. The reality is, people hard time judging their own levels of distraction. They may not even be lying if they hit a bicyclist directly in their line of sight.

Even seemingly “less serious” forms of distraction – talking on the phone, for example – can have a pretty big impact on one’s safe driving ability.

Researchers at Carnegie Mellon University used an MRI to track activity in the part of the brain that processes visual images. While on a cell phone, subjects processed 37 percent FEWER visual images than those who weren’t talking.

Florida Was Long Behind the Curve on Distracted Driving

Florida was one of the last states to pass a no texting-and-driving  law (41st to be exact).

Even then, texting have been against the law, but the law had no teeth. Because it was a secondary (as opposed to primary) offense, police couldn’t just stop a driver for texting while driving. There has to be another cause for reasonable suspicion (i.e., weaving in and out of traffic, sudden/dangerous stops, running a red light, etc.) to justify the stop so the officer can issue a $30 ticket.

This combined with general  lack of enforcement means drivers feel free to ignore the law – and vulnerable road users like bicyclists and pedestrians tend to suffer out-sized consequences.

That’s why state lawmakers felt they had to do something.

Our Broward injury lawyers will be watching these cases, challenges and further legislative developments closely. If you’ve been hurt on a bicycle that was struck by a car, we’ll help you determine your case to assert liability.

Florida’s new texting-while driving law: You have Q’s. I have A’s | Commentary, May 1, 2019, Orlando Sentinel