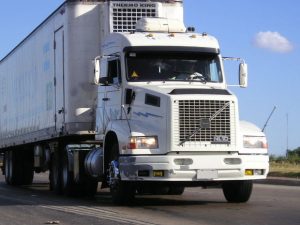 Federal regulators are asking for all public input from all stakeholders. They’re bracing for a flood, with big business trucking industry advocates on one side and independent owner-operators, safety groups, railroads and unions on the other. Some have already taken their message to the media, arguing the discussion should be about moving the minimum driving age for truckers up – not down. Even with military training, there is concern it would not be enough to combat inherent youthful immaturity, particularly among males, who are most likely to apply.

How Dangerous Are Teen Drivers  and Trucks in Florida?

No other group of drivers is more likely to be involved in a crash than 16-to-20-year-olds. The younger the driver, the higher the risk, with the CDC reporting those ages 16-to-19 were three times as likely to crash as a driver who was 20. The crash fatality rate was double for males.

Car accident attorneys have seen time and again that teens, compared to older drivers, are far more likely to:

Florida truck accident litigation can be difficult for a few reasons.

First, injuries sustained in a truck accident (almost always occupants of the smaller vehicle) are to often very serious. The sheer size differential means fatalities and catastrophic injuries are a real possibility.

Second is that the setup of the trucking industry makes it difficult to bring claims of vicarious liability for a truck driver’s negligence. That’s because vicarious liability, imposed on a negligent driver’s employer without having to separately prove any fault on the part of the employer, is only permitted where an employer-employee relationship exists. A significant percentage of truck drivers are independent contractors. That doesn’t mean carriers and owners of big rigs (sometimes separate entities) can’t be held liable, but plaintiffs will have to prove negligence against each, which also means you’re often dealing with numerous insurance companies.

Pursuing truck accident injury claims are absolutely worth it – an imperative when injuries are serious. Having an experienced Florida truck accident attorney at your side is key.