A Florida appellate court has ruled an auto insurance company for an elderly man who lied about his competency as a driver in deposition testimony following a crash will have to pay sanctions imposed by the trial court for those misrepresentations. 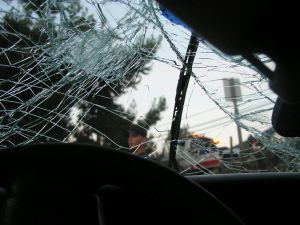 Our Fort Lauderdale car accident injury lawyers understand this might not have been the case had the insurer acted more expeditiously in its response to the revelation the driver had lied.

According to court records in GEICO v. Rodriguez, the 83-year-old insured had his auto insurance renewed in November 2005. The policy allowed for a bodily injury coverage limit of $10,000 per person and $20,000 per occurrence (which is the bare minimum coverage). The policy additionally allowed for the insurance company to pay all defense costs in the event of a covered crash.

In December 2005, the driver was operating his vehicle in Miami when he lost control and slammed into two pedestrians, causing serious injury to the victims. The at-fault driver’s insurer immediately tendered the $20,000 policy limit to the two injured women. However, there was a dispute between their attorney and the insurer, with plaintiff counsel insisting the insurer should cover additional medical expenses related to the crash. The insurer refused, and the plaintiffs filed a lawsuit against the driver for excess damages.

One year after the lawsuit was filed, the driver was deposed. In his sworn testimony, he indicated he had no physical impairments that might have negatively affected his safety behind the wheel. This wasn’t true. In fact, he was legally blind and his doctors had warned him against driving.

Based on this revelation, plaintiffs immediately sought an order striking defendant’s pleadings and imposing monetary sanctions of court costs and attorney fees. While this action was pending, the driver died and a relative was substituted in the action as personal representative of the man’s estate.

Approximately one year after this information came to light, and days before a scheduled hearing, the insurance company issued a “reservation of rights” (ROR) letter, indicating it may not provide coverage for the crash and/or proceedings, as defendant breached the terms of the policy with false statements. Still, a defense attorney paid for by the insurer represented the estate’s interests in the case, and a judge awarded $27,000 in sanctions to plaintiff. The court also allowed plaintiffs leave to amend the complaint to add insurer as a defendant and assert a claim for punitive damages, which are allowed when defendant acts with wanton and reckless disregard for the safety of others.

The estate initially filed an appeal, but it was later dropped amid a dispute between the personal representative and defense lawyer. The auto insurer offered other options for a defense lawyer, but the estate refused unless the ROR was dropped.

The insurance company issued a second ROR, indicating the estate breached the policy by refusing its offerings for defense counsel, and refused coverage.

Plaintiffs filed a motion requesting the insurer be held liable for the monetary sanctions, and the estate filed a cross-claim asking for the same. Meanwhile, a settlement was reached in the amount of $750,000. Both parties sought to have the insurer pay this as well, but those actions are pending.

The issue before Florida’s Third District Court of Appeals was whether the insurer should pay the sanctions. The appellate panel ruled it should. For one, the ROR violated state insurance laws. It came more than a year after the company learned of the insured’s transgression, even though legally the company had just one month from that time to initiate action. This failure rendered the ROR void, and also meant the estate had no obligation to cooperate with the insurer from that point. Further, the insured’s false statements amounted to fraud on the court, but they did not void the policy as they were not made to the insurance company as a precursor to coverage.