It’s imperative if you have suffered a serious personal injury to consult with an injury lawyer with extensive experience and a proven track record of success because there are many technical distinctions that can complicate even a seemingly straightforward claim. 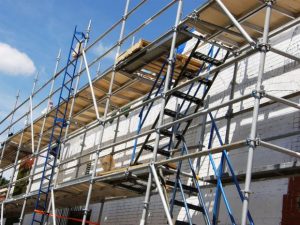 For example, if you are injured in a nursing home fall, is it a general personal injury claim or should it be filed under a theory of medical malpractice? There are several considerations one must make before choosing, and the distinction – though potentially a fine line – is important because medical malpractice claims have different requirements for notice, statute of limitations and burden of proof. If you pursue the wrong theory, you might ultimately find your evidence doesn’t meet the proof burden for the proper theory, and therefore you can’t recover any damages.

There can sometimes be a similar cloudy distinction between general negligence and premises liability, the latter of which involving the duty of landowners and occupiers to use reasonable care in addressing hazards and warning of them. In Florida, certain premises liability claims, such as slip-and-falls in a business establishment, must meet a higher standard of proof, as outlined in F.S. 768.0755. While claims of premises liability require a property owner or occupier to use ordinary care to reduce or eliminate an unreasonable risk of harm created by a condition on site that the defendant knows or should know about in the exercise of ordinary care, general negligence involves negligent activity where an owner or occupier do what a person of ordinary prudence in the same or similar circumstances would have done.

It was a failure to file the proper type of claim in United Scaffolding, Inc. v. Levine that resulted in the Texas Supreme Court’s reversal of a verdict favorable to a slip-and-fall injury plaintiff against a scaffolding contractor.

In late 2005, plaintiff worked as a pipefitter who worked at a refinery. During one overtime shift, he and his crew were assigned a dangerous maintenance job that required workers to be 15 feet above ground on a scaffold, don protective clothing and receive fresh, filtered air that was monitored by another worker. Plaintiff reportedly slipped on a piece of plywood that wasn’t nailed down, which resulted in him falling up to his arms through a hole in the scaffold. As a result, plaintiff suffered a neck injury.

The scaffold on which he fell was built by defendant, a contractor of plaintiff’s employer that was hired to build the scaffolding on site at the refinery. Standards for the Occupational Safety & Health Administration required defendant to inspect the scaffolds on site at the refinery before each shift and prior to every use. It was not disputed that defendant constructed the scaffold in question one week before this work commenced and further that representatives from defendant’s firm weren’t present on site for at least three days prior to the scaffolding fall.

Plaintiff filed a lawsuit against defendant scaffolding firm, alleging they constructed the scaffold improperly, didn’t fix the problem and then failed to warn of the condition (which was dangerous) and this resulted in his injury. The case was tried in 2018 on a general negligence theory. Jurors deemed defendant was negligent and assigned 51 percent liability to defendant and 49 percent to plaintiff, ultimately awarding plaintiff $178,000 in damages for future medical expenses.

Plaintiff appealed, arguing the jury’s verdict (specifically its finding of comparative fault and refusal to allow for past medical expenses or damages for pain and suffering, mental anguish or loss of earning capacity) was against the greater weight of the evidence. Trial court agreed and granted a new trial, which was held in 2014 and also followed a theory of general negligence. Jurors in the second trial found defendant 100 percent liable, and awarded plaintiff $2 million in past and future damages.

Then defendant sought a new trial. It also filed a motion for a judgment notwithstanding verdict, arguing for the first time that the claim should have been filed as a premises liability action rather than one of general negligence. Trial court denied both motions.

Defendant appealed, arguing plaintiff’s claim was wronglysubmitted under a theory of general negligence when it should have been premises liability, and secondly the trial court erred in granting a new trial after the first.

The appellate court affirmed, but the state supreme court reversed. The court ruled plaintiff’s claim should have been filed as a premises liability claim because his injuries were the result of a dangerous condition on property, not from the general negligent activity of the defendant. Plaintiff claimed his injury resulted from a physical condition defendant created and then left on site.

If you are injured in a slip-and-fall accident in Fort Lauderdale, it’s important to discuss your legal options with an injury attorney closely familiar with tort law and can advise on the best theory of negligence to pursue.