Underinsured motorist (UIM) coverage is essential for anyone who drives a car or owns a vehicle. It is the means by which people injured in a car accident by a driver with minimal bodily injury liability coverage can seek more adequate compensation. More than 1 in 4 drivers in Florida don’t have any insurance at all, and a far higher number have insurance with minimum policy limits. 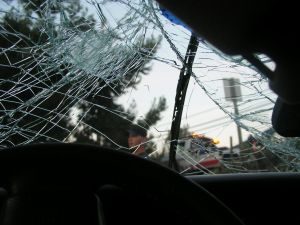 In the case of Gillespie v. National Farmers Union Property & Casualty Co., plaintiff was the policyholder of a UIM policy that, when triggered, would cover not just her but her teenage daughter, who had just earned her temporary driver’s license. But the question before the North Dakota Supreme Court was whether those benefits were indeed triggered.

UIM policies only kick in when:

In the Gillespie case, the question was whether benefits had been triggered, and specifically, whether liability against the at-fault party had been established.

According to court records, plaintiff’s teen daughter – just two days after receiving her temporary driver’s permit – was given permission to driver her aunt’s vehicle. With the girl, the aunt and a third woman inside, the girl lost control of the vehicle and it overturned. The aunt died. The other passenger and the driver were seriously injured.

The aunt had $25,000 in no-fault car accident insurance from GEICO. That amount was paid to plaintiff’s daughter. However, with significant injuries, this was not enough to cover her damages. She sought bodily injury liability coverage from GEICO on the grounds the aunt/policyholder had negligently entrusted her with the vehicle. She was an inexperienced driver who had only just obtained her learner’s permit and she should have have been given permission to drive this vehicle.

GEICO, however, denied the request for liability coverage.

That’s when plaintiff turned to her own UIM benefits, which were for $100,000 per person and up to $300,000 per crash. Plaintiff alleged her daughter’s unpaid medical bills and her injuries and ongoing medical expenses far exceeded the $25,000 she had already been paid. However, the UIM carrier, Farmer’s Union, denied the claim, asserting plaintiff hadn’t yet exhausted all available insurance.

Plaintiff appealed. They argued the aunt’s vehicle was an underinsured motor vehicle, the severity of the girl’s injuries exhausted the liability coverage and triggered the UIM coverage and that Farmers Union should have to pay because GEICO unequivocally said it wouldn’t be making any further payments and there were no further options for recovery.

State supreme court affirmed. The court noted that while negligent entrustment is indeed grounds for compensation when it results in injury. The problem here was that claimant had not filed any sort of tort action against either her aunt’s heirs or GEICO or made any other claim for negligent entrustment that would have established liability after GEICO’s denial. That means plaintiffs did not exhaust payment of all possible avenues of recovery.