In Florida, as in all states, if you are injured as a result of negligence by a government employee or agency, claims for compensation are going to follow a different set of rules, at least early on in the process. 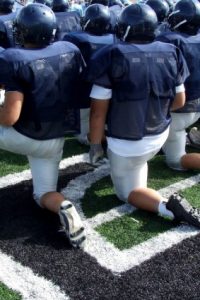 F.S. 768.28 is the state’s waiver of sovereign immunity law, outlining the various scenarios under which the state will agree to be sued. The state does set a number of limitations and guidelines. For example, a government worker can’t personally be held liable for harm unless they intentionally caused it. Damages against the government are capped at $200,000 for individuals and $300,000 for multiple parties harmed by the same action. Punitive damages and interest can’t be awarded, and there are other limitations if defendant in such a case is a public health agency (including a hospital) or law enforcement agency.

There is a also a special provision dealing with time limits. If you are injured by the state government, you have to file a notice of claim with that particular agency, and only after that claim has been rejected can you file your lawsuit. You must give the state agency at least 180 days to respond, and all this has to happen within the three-year window for personal injury cases and the two-year window for wrongful death lawsuits.

Recently, the California Supreme Court took on the issue of a personal injury lawsuit in which a plaintiff failed to file his claim with the government agency within six months of the claim’s accrual, as required under that state’s law. Unfortunately, failure to abide the rules set forth in the Government Claims Act did not work out in plaintiff’s favor.

According to court records in the case, plaintiff allegedly suffered personal injury at a high school football game, in which he was an athlete. Although a trainer told the coach the player might have suffered a concussion, the player was still allowed to participate in full contact practice just a week later. He was later diagnosed with double concussion syndrome.

It was undisputed that based on these facts, the claim accrued on Oct. 31, 2011, which was the date he was diagnosed.

However, plaintiff did not file his personal injury claim against the school district, a government agency, within that six month window. Instead, he hired a lawyer after that time period elapsed and presented the district with an application to file a claim more than a year later. The district took on action. The law states that if a public agency doesn’t act on a claim within 45 days of receiving it, it is to be considered denied. That meant the application was deemed denied by December 2012. Then in October 2013, plaintiff’s attorney filed for a relief from the obligation to present a claim before bringing the lawsuit. Such a petition has to be filed within six months after a late claim application is denied. The court rejected this petition, finding it should have been filed in June 2013. The appellate court confirmed and ultimately, so did the state supreme court.

Although plaintiff made a series of arguments for why the court should accept his claim, the court held the plaintiff, “simply failed to comply with the claims statutes, missing an easily ascertainable deadline.”

Therefore his claim was dismissed.