Criminal assault may not be something businesses desire, but it is something they can anticipate and take reasonable steps to prevent. 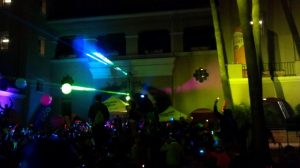 In cases where businesses do not take reasonable steps to prevent injury, businesses may be liable for damages to victims.

One such case was recently seen in California, where an appellate court affirmed a $5.42 million damage award to a woman who was sexually assaulted in a dance club unisex bathroom.

According to court records, the club in question was one that promoted a sexually-charged atmosphere. Bartenders were encouraged to work in their underwear. The establishment frequently held sex-themed nights. On the one in question, the theme was “size matters.” It was a very popular and busy spot, with some 500 people at the site on Sunday nights.

The club had numerous unisex restrooms, which one or two guards were assigned to patrol to ensure no more than one patron entered at a time. The club’s policy dictated that the guards were supposed to maintain their posts by the restroom unless the club was very slow. This was a busy night.

Plaintiff was at a different club with friends when she became separated from them. Knowing that she was supposed to be meeting up with friends at defendant club, she left and headed over. When she got there, she felt intoxicated and sat out on the patio for 15 to 25 minutes, waiting for her friends.

She then made her way over to one of the unisex restroom stalls. When she did so, no security guard was present. Soon after entering, a man she did not know entered behind her. He grabbed her shoulders, threw her up against a wall, forced her to engage in oral copulation and then in vaginal intercourse. Plaintiff was a virgin at the time. Blood was all over the bathroom floor.

DNA evidence and surveillance video traced the perpetrator to a worker who was assigned to bus tables at the club.

He was later acquitted of the criminal assault, but plaintiff sued for negligence both him and the club. The civil court agreed to exclude evidence of the acquittal and it did not exclude evidence that showed both defendant bus worker and his brother had been fired at a previous nightclub job for having sex in the bathroom.

The nightclub appealed, arguing there had been insufficient evidence to prove plaintiff’s case or that alternatively, the damage award was excessive and punitive, given plaintiff’s emotional resilience and significant recovery.

Her attorney was quoted by The L.A. Times as saying the club and its security had “turned a blind eye” to sexual activity in its restrooms, and plaintiff was severely injured as a result.

Our Hollywood nightclub injury attorneys know that such attacks are both foreseeable and preventable and owners of nightclubs have a responsibility in those situations to do all they can to protect patrons.