Some car accident cases are more complicated than others. This is especially true of cases in which one of the driver was on-the-job, acting in the course and scope of employment and/or was operating a company vehicle. 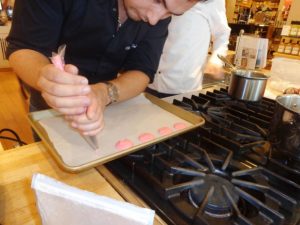 First, there is consideration that – generally regardless of fault – an employee injured while working can collect workers’ compensation.

Second, if the employee was at-fault and others are injured, those injured persons may seek compensation from the employer by alleging vicarious liability (via the legal theory of “respondeat superior,” which is Latin for, “Let the Master Answer”) or for direct liability (i.e., inadequate training, negligent hiring, inadequate supervision, unsafe equipment, etc.). Even if the employee wasn’t technically on-the-clock, there could be a claim for vicarious liability against the company if the worker was driving the company vehicle. That’s because in Florida, motor vehicles are known as inherently dangerous instrumentalities, and therefore, owners can be held responsible for the negligence of anyone entrusted to operate them.

There are of course exceptions and the law can get rather tricky. Sometimes, the question of liability for car accident injuries rests on some of the same issues that would apply in a workers’ compensation case (i.e., Was the worker coming-and-going? Was the worker acting in the course and scope of employment? Was the accident truly work-related?).

In the recent case of Jorge v. Culinary Inst. of Am., the question was whether a driver’s employer could be held liable for injuries caused by an employee who ran over two pedestrians.

According to California appellate court records, defendant was a chef instructor who taught at a local culinary school. He drove his own vehicle to work, parked it and worked his shift. When his shift was over, he got back into his own vehicle and started back home. In his vehicle, he had some knives and a few dirty chef jackets. While on the way home, he struck a 14-year-old pedestrian and his then-girlfriend. This was in February 2010.

A legal representative for the boy filed a lawsuit seeking to hold accountable for the boy’s injuries both the driver and the driver’s employer, the culinary school. The school moved for summary judgment on grounds it was not vicariously liable under the respondeat superior doctrine because he wasn’t acting in the scope of his employment at the time of the accident. Trial court denied that motion, stating the question of whether the driver was acting in the course and scope of employment was a matter of fact for jurors to decide.

The case went to trial and jurors found both the driver and the school liable. The school sought a judgment notwithstanding verdict, which was denied. The driver settled his portion for $30,000 (before the damages portion of trial began). Jurors later found the school was liable for nearly $900,000 in damages.

The California Court of Appeal for the First Appellate District, Division Two, reversed. The court found the school could not be liable for personal injuries caused by its employee’s negligence when there as no evidence the employee was acting in the course and scope of employment at the time of the wreck. The fact of the knives and dirty coats in the car didn’t change that. The worker wasn’t driving his employer’s car. The employer didn’t require him to have his vehicle accessible during his work day. Based on all of these factors, the court ruled, defendant should have been granted summary judgment.