There are times when personal injury law and bankruptcy law intersect. The recent case of Morton v. Scholtzhauer, before the Maryland Court of Appeals (the highest court in that state) was one of those. 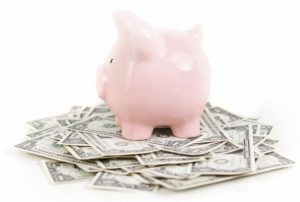 In a personal, Chapter 7 bankruptcy, an individual is able to discharge most personal debts that they are unable to pay. His or her assets may be divvied up to satisfy existing creditors to whatever extent possible. In the event that individual is the defendant in a personal injury lawsuit, those debts may be included (though generally not if they arise from one’s intoxicated operation of a motor vehicle). In the event the individual is a personal injury lawsuit plaintiff, courts typically allow that individual to retain their standing in the litigation (as opposed to being forced to turn it over to the bankruptcy trustee) and keep whatever compensation they receive from that proceeding. However, injury victims generally have to ask the bankruptcy court expressly for permission in this. Failure to do so could result in a situation like what happened in Morton.

The court noted part of the price debtors must pay to have their debts more or less discharged and make a fresh start is to detail all their property interests so the bankruptcy trustee can dole out portions of it to creditors. Among these property interests that must be listed are personal injury claims of the person in debt.

In this case, plaintiff failed to list her personal injury claim, which meant it became part of the bankruptcy estate – at least initially.

Plaintiff was involved in a car accident with defendant, who at the time was on-the-job. Almost three years after the fact – but within the personal injury statute of limitations in that state – plaintiff filed a personal injury lawsuit, asserting she had been injured by defendant who was acting in the course of his employment. Between the time of the accident and filing her personal injury lawsuit, plaintiff also happened to file for personal bankruptcy. That action was complete, and she was discharged of her debts.

However, she had not listed her (then-potential) personal injury lawsuit as a possible asset or as exempt property. There is no dispute that this was done out of ignorance rather than some attempt to deliberately conceal it. So by way of bankruptcy law, the claim became part of her bankruptcy estate.

Plaintiff was awarded reinstatement from the bankruptcy court after the case was re-opened, and the court made that decision retroactive to when she first filed her personal injury lawsuit. At almost the same time, defendant driver and his employer were awarded that dismissal, finding plaintiff lacked standing and it was now too late – past the statute of limitations – to amend or refile. Plaintiff returned to state court with the bankruptcy order in hand, asking the judge to reconsider, but he declined.

Plaintiff appealed. The Court of Special Appeals reversed and the state high court affirmed that decision. The court ruled that because the bankruptcy court had re-vested plaintiff’s personal standing and related it back to her earlier filing, this was sufficient for her to continue with her case.