People shopping for the holidays – or really any time – have an expectation that they’ll be reasonably safe when they go to the store. That means the boxes will be safely stacked, spills will be cleaned up and the walkways cleared of debris or other hazards. It also means that businesses take care to avoid creating a condition that would invite violent crime on customers. 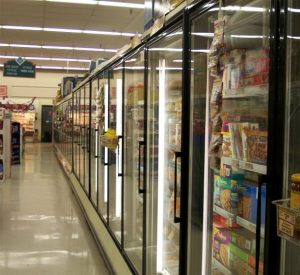 Failure to provide adequate security – whether in the form of armed guards or staff or lighting – is a form of premises liability. That means if you suffer a violent attack while at a shopping center, the store could be responsible to pay you damages. There is no one-size-fits-all when it comes to security, though, and that’s where these cases can get tricky. One of the ways that plaintiffs can prove the store knew or should have known about the risk is by showing a pattern of similar activity in the recent past either on site or nearby or at similar kinds of stores.

Recently, there has been scrutiny on one of the largest retailers in the country to address ongoing problems with crime at it stores that have drained law enforcement resources, bled into neighboring communities and jeopardized the safety of customers. Bloomberg recently chronicled the issue. This time, it’s labor activists pushing for action from the corporation. Specifically, the labor groups want the retailer to improve security in its stores and in its parking lots nationwide.

Union leaders met with local officials in Tampa, Tulsa, Dallas and Minneapolis, urging them to officially label the Wal-Mart stores in their communities as a public nuisance. The hope is to pressure the company to do more to beef up security.

Bloomberg Businessweek had previously conducted an in-depth analysis of violence and petty crimes on Wal-Mart properties. That research concluded that a violent crime occurs at one Wal-Mart store, on average, at least once every day. When compared to its biggest rival, Target, Wal-Mart had far more incidents of violent crime on its properties. This in turn has taxed local police forces. The labor group is asking that the retailer hire more off-duty police officers and security guards and make employees more visible in the stores. This would not only reduce theft, but it would also help to keep workers and customers safer.

The problem, say union leaders, is that Wal-Mart has inadequate security at most of its sites – and not because it can’t afford to pay for better.

Wal-Mart representatives, however, insist the company does value safety and knows this is an issue and is working to fix it. Some sites have started spot-checking receipts. More employees are stationed at self-checkout areas. Eye-level security monitors have been installed in high theft areas. The company has also started a program that allows first-time theft offenders caught stealing below a certain amount of merchandise to undergo a theft prevention program to avoid arrest – and cut down on calls to local police. In some stores (only in certain high-crime areas) additional police and security officers have been hired.

Still, the labor unions say this isn’t enough, citing a number of violent incidents at Wal-Mart stores nationally, including:

Again, while there is no one-size-fits-all rule on what constitutes “adequate security,” patterns like this could help to indicate a store didn’t do enough to keep customers safe.

Wal-Mart Is Under Pressure to Fix Its Crime Problem, Dec. 7, 2016, By Shannon Pettypiece, Bloomberg