A recent report by Harvard Medical School revealed the rate of medical malpractice claims paid out in the U.S. has dropped substantially over the last 20 years – by 56 percent. Meanwhile, the average payout for successful claims has climbed by nearly 25 percent, reaching about $353,000 between 2009 and 2014, up from about $287,000 in the 1992-1996 time frame. 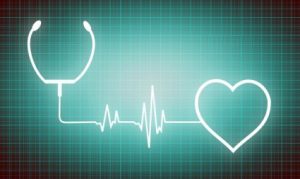 Health insurance rates – one of the primary justifications for imposing damage caps and other limitations on these claims, making them harder to win – have risen astronomically. NBC News reported recently that health insurance has risen almost every year, and it’s gone up faster than wages and inflation. They have risen 213 percent since 1999 for family coverage, according to the Kaiser Foundation. By comparison, wages rose 60 percent during that time while inflation rose 44 percent. Health care spending accounts for 17 percent of the U.S. economy, whereas in 1980, it was just half that.

The Florida Supreme Court addressed this very issue in its 2014 5-02 ruling in McCall v. U.S., where it ruled damage caps on medical malpractice lawsuits ending in death are unconstitutional. The court cited the Eighth Amendment’s equal protection clause, but noted the wrongful death noneconomic damage cap did not bear a rational relationship to the stated purpose, which was the alleged medical malpractice insurance crisis in Florida.

The court ruled the damage caps failed the rational basis test because they did not serve a legitimate governmental purpose. Although the state legislature, in passing the damage caps, noted that Florida was “in the midst of a medical malpractice insurance crisis of unprecedented magnitude,” such that doctors were retiring early, leaving Florida or never moving here in the first place, evidence didn’t bear this out. The evidence indicated that the number of doctors in Florida was actually growing at the time this law passed.

And despite the assertion that health care costs would skyrocket but for the passage of these damage caps, costs to the average consumer clearly have not been mitigated just by passing caps that limit recover of those who were most egregiously wronged by them.

Meanwhile, we know that tort reform in Florida and elsewhere has had a chilling effect on medical malpractice lawsuits here and throughout the country. Injury attorneys accept these cases on a contingency fee basis, meaning plaintiffs don’t have to pay anything up front (as most cannot) and attorneys are only paid a percentage if they win the case. Because tort reform measures have made it exceedingly difficult to win these cases, fewer skilled attorneys are willing to take them on.

This is one of the reasons medical malpractice plaintiffs need to consult with a law firm that is well-resourced and prepared to cover some of the upfront costs necessary, such as hiring expert witnesses who will be willing to testify – prior to trial – to meet necessary pre-trial proof burdens.

The Harvard analysis showed that of the 280,000 claims paid between 2009 and 2014, only 8 percent came out over $1 million. Approximately one-third of the total number of claims involved a patient death. The No. 1 complaint? Diagnostic error.

Although some may be quick to say that fewer paid claims could mean doctors are providing safer care, other studies suggest medical errors aren’t declining, but that claims are getting tougher to win.