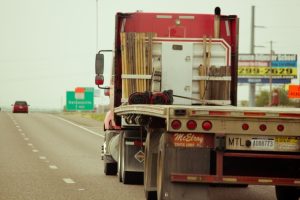 The shortfall was tallied by an analysis of data complied by the American Association of State Highway and Transportation Officials (AASHTO), as well as state and federal bridge and road condition information.

In Florida, the Department of Transportation reports 17 percent of the state’s bridges are either structurally deficient or functionally obsolete. That’s 2,044 out of 12,070. Further, the percentage of roads that are in either poor or mediocre condition is 26 percent. To fix this issue, it would cost $1.8 billion – or about $128 per driver. But of course, there are some vehicles that contribute more to this damage than others. Commercial carriers are one of those, which is why there has been calls for the industry to pay a higher tax for tolls or other taxation measures intended to beef up government transportation coffers.

Vehicle travel in the U.S. has increased 15 percent between 2000 and 2015. During that same time, travel by commercial trucks spiked by more than 25 percent. Between now and 2030, it’s expected heavy truck travel with increase an additional 75 percent.

The fact that traffic levels are increasing, it’s imperative that we find a way to keep our roads in good repair. Information from AASHTO indicates we need to be spending nearly 40 percent more on our roads – from $88 billion up to $120 billion – in order to keep the roads in bridges in good shape. The problem is that so far, our spending on infrastructure isn’t keeping pace with how many miles are being traveled on these roads.

Poor road conditions not only increase the chances of a truck accident or other type of collision, they result in damage to individual vehicles and we all end up spending more in gas.

The federal Fixing America’s Surface Transportation ACT (the FAST Act) offers approximately $305 billion in transportation funding over the course of five years. However, that money still doesn’t offer a steady, long-term source of revenue for what is going to be an ongoing problem.

When bad roads lead to accidents, there may be an option to seek damages from the government agency responsible for maintenance and repair. However, these cases are complex and involve overcoming sovereign immunity defenses, as well as proving the entity knew about the damage or reasonably should have known about it and failed to address it.