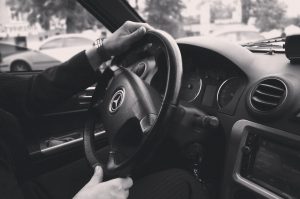 In this case, plaintiff was injured when defendant ran a red light, colliding with her vehicle. Unfortunately, by the time plaintiff filed her lawsuit, defendant was deceased, apparently of unrelated causes. Decedent had no estate from which she could recover, but he had purchased an auto insurance policy for $100,000 that covered the accident. Plaintiff brought her complaint pursuant to the state’s probate statutes, which allowed her to serve her complaint on the insurance company directly and recover damages from that policy, though limiting recovery of damages to policy limits.

It’s important to point out here that California, like Florida, has a statutory provision that allows either side of certain kinds of civil lawsuits to collect attorney’s fees if an offer of settlement is rejected and the party who made the offer prevails in trial in excess of that offer. In Florida, the relevant statute is F.S. 768.79, which states if a plaintiff serves an offer not accepted by the defendant and the subsequent judgment obtained by the plaintiff is 25 percent more than the amount of the offer, plaintiff shall be awarded reasonable costs, including attorney’s fees and investigative expenses.

In the recent case, plaintiff attempted to settle the car accident injury lawsuit prior to trial for $99,999. The insurer rejected that offer. The case went to trial and plaintiff won, with jurors awarding her more than $180,000 in damages. Because her initial settlement offer was rejected, she sought recovery of her litigation costs. The trial court ruled against her, citing the statute indicating her claim directly against the insurer was limited the policy limits.

Plaintiff appealed, arguing that while the name of decedent’s estate is the named defendant in the action under state probate laws, it is “legal fiction,” because the insurer is the one that accepts service of process, hires and funds lawyers and pays judgment in favor of plaintiff, if one is rendered. It is also the entity that chooses whether or not to appeal an adverse judgment.

The appellate court agreed, noting this to be “a reality we will not ignore,” and further it would be “manifestly unfair” that the provision of probate law could be used by an auto insurance company to recover costs from plaintiff if she had rejected their offer of settlement, but that it would not have the same responsibility to her in the inverse.