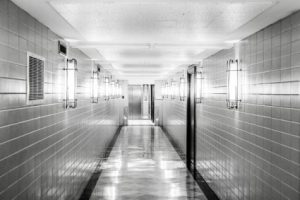 The study involved culling information on more than 2,000 nursing home patients. Findings were that more than 400 of them had been involved at least once in some type of abuse involving another resident over the course of the four-week study.

Accounting for 45 percent of those cases were verbal taunts. But physical assaults too made up 26 percent of incidents. Plus, it’s worth noting that verbal taunting can often be a precursor to a physical attack, including a possible sexual assault.

Nursing home staff and administrators have a duty to protect patients from aggression from other patients. Many of these incidents are foreseeable and preventable with proper planning, training, supervision and security. As researchers noted, many of these incidents of interpersonal aggression results from the fact that you have dozens if not hundreds of people living together in close quarters for the first time in decades – perhaps ever. Many of them are suffering from dementia or other diseases that affect cognitive function, which are also marked by behavioral problems. In fact, it is often a behavioral issue that results in a person being placed in the facility in the first place. Many caregivers aren’t equipped to handle such aggression in their homes, so they entrust nursing homes with the responsibility. They trust that there will be enough staffers to not only keep their loved one safe from themselves, but also to prevent harm to others.

Unfortunately, as this study shows, nursing home staff and administrators are failing on this level.

Study authors noted the findings of this research likely understated the problem to a significant degree. The data was based on self-reported information from the patients, and also, where patients had language barriers or health issues that prevented or made participation difficult, family members and legal guardians were interviewed. But of course, that meant not all incidents of abuse would be recorded, even when done so anonymously. Relatives and legal guardians might not always know what goes on behind closed doors and residents may not be fully capable of reporting it.

Plus, researchers were forced to rely in part on reports from staff or other residents in order to verify these incidents.

“It’s possible the abuse is much more prevalent,” the study author noted.

Approximately 3 percent of all reported cases involved some form of sexual abuse by another resident.

Where the abuse involved physical aggression, the most common type of incident involved hitting or pushing. Invasion of privacy was also another common complaint, resulting in 20 percent of all reports. These mostly involved entering one’s room without permission or taking or touching one’s property without asking.

On average, residents in the study were in their mid-80s and two-thirds were women. Approximately 16 percent were living in units designed for patients with dementia.

In cases where nursing home abuse occurs, whether by a staffer or another resident, victims and/ or their families should thoroughly explore their legal options.

One in five nursing home residents abused by other residents, June 14, 2016, Reuters