The family of a man killed in a South Florida boating accident has filed a lawsuit against a popular radio DJ, Miami rapper Pit Bull and his vodka brand, which reportedly sponsored the event where the incident occurred. 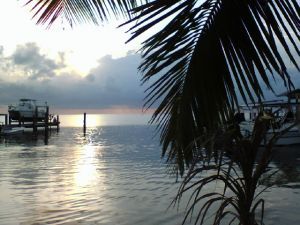 In Valdez v. Mendez et al., the family alleges “DJ Laz” was negligent in his operation of a party boat lodged on a sandbar near Key Biscayne. Rather than call for aid and have the vessel towed, the DJ/boat operator encouraged those aboard – many of whom had been drinking alcohol for the better part of the day – to jump out and help push the reportedly overloaded boat back into the water.

Several people jumped in the water and began to push. One of those was Ernesto Hernandez, who had recently graduated from the police academy. While he and others pushed, the boat operator reportedly did not cut the engine. The victim was fatally struck by the boat propeller. The family alleges the operator, who remained at the helm, recklessly engaged the engines’ throttle.

Fort Lauderdale boat accident attorneys know that while this case has garnered many headlines because of the big names involved, boat accidents are unfortunately common in Florida, which the U.S. Coast Guard ranked No. 1 in boat casualties. In 2012, the agency reported Florida had 662 total boating accidents – more than any other state. In those, 50 people were killed and another 398 seriously injured. These crashes resulted in property damages totaling $6.8 million. Nationwide, Florida accounted for 7.7 percent of all boating deaths. The cost in terms of medical expenses, lost wages, wrongful death and pain and suffering is far higher.

May, June and July accounted for a large percentage of those fatalities. The top cause of death was overboard falls, followed by collision with a fixed object, flooding and collision with another vessel. Most involved vessels that were owned (as opposed to rented or borrowed) and nearly half of the operators (overwhelmingly male) had more than 100 hours of experience. About 15 percent of operators in fatal crashes were under the influence of alcohol or drugs, and about 80 percent of victims were residents of Florida.

It’s unclear how many of these cases resulted in personal injury or wrongful death lawsuits, but it is clear that many incidents may be compensable.