If a worker is struck by an under-insured driver while on-the-job, it can result in a unique situation for compensation. As you probably know, most injuries that arise out of the course and scope of employment are going to be covered by workers’ compensation benefits. However, it can get a bit thorny if you settle with your workers’ compensation carrier based on the assumption you’ll still collect uninsured/ underinsured motorist benefits. 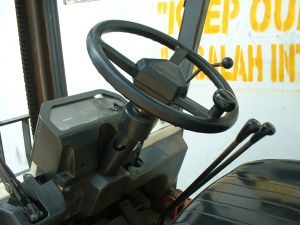 Florida statute gives auto insurers the right to set off its obligation not just by what workers’ compensation actually paid, but by the full amount you were entitled to receive. This is spelled out in Fla. Stat. § 627.727. That’s why it’s so important to have an experienced injury attorney in Fort Lauderdale overseeing your case. You don’t want to undercut your rights with UM/UIM coverage by settling too soon.

There could be other considerations as well. Recently, the New Mexico Supreme Court was asked to resolve an issue from a federal district court concerning state law as it pertained to the UIM benefits a deceased worker’s family was entitled to collect after already receiving workers’ compensation death benefits. The case was Vasquez v. American Cas. Co. of Reading.

According to court records in the case, a man was killed at work when he was struck by a steel beam that had fallen off a forklift while he was working at a wrecking and salvage yard. A co-worker had been operating that forklift and hopped off to make sure the beam was secure. In so doing, he left the forklift unattended, causing the beam to slide off the forks, hitting the victim.

Plaintiff, representative of decedent’s estate, pursued and collected workers’ compensation benefits. Because the incident occurred as a result of negligent operation of a motor vehicle (i.e., a forklift) plaintiff sought underinsured motorist benefits from decedent’s own auto insurance company as well, which plaintiff collected. However, plaintiff then tried to collect additional UIM benefits from a policy held by decedent’s employer.

Insurer denied coverage indicating that exclusivity provisions of workers’ compensation law meant that the UIM benefits were not available for this incident. (Workers’ compensation is considered the exclusive remedy for work-related injuries. That means workers can’t sue their own employer for negligence, but they may be able to pursue third-party litigation where appropriate.)

Plaintiff sued insurer. The federal district court initially denied defense motion to dismiss because the exclusivity provision doesn’t stop an injured employee from suing a third-party motorist to get the difference between their workers compensation benefits and UM/UIM benefits. Lawmakers never intended to prohibit workers to collect damages from third party tortfeasors. However, the district court later reconsidered and vacated this ruling after it reasoned decedent was killed in an accident caused by his co-worker, not a third party.

After handing down this ruling, the court certified an inquiry to the state supreme court to ask whether a worker injured in the course of employment by a co-worker operating a vehicle owned by the employer was someone who was legally entitled to collect damages on the employer’s UM/UIM policy. The court responded: No. Plaintiff would not have been able to hold the co-worker liable due to exclusivity provisions, and thus, plaintiff could not collect UM/UIM benefits.

Our experienced Fort Lauderdale injury lawyers can help you determine the best course of action under your circumstances.