While still upholding the validity of the overall law, the Florida Supreme Court has for the second time this year struck down a portion of the state’s workers’ compensation law it deemed unconstitutional. 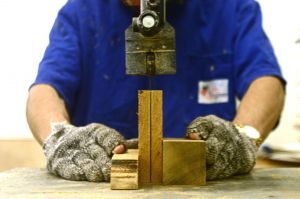 Both decisions were considered big wins for injured workers in Florida, who have been affected by a series of legislative changes – most notably in 2003 – that have served to whittle down their protections within the state workers’ compensation system.

Workers’ compensation is a legal construct that allows workers to be quickly compensated for on-the-job illnesses and injuries without having to prove the company was negligence. The trade-off is the worker forfeits the right to sue his or her employer. But this alternative system of dispute resolution has to be fair to both sides. What the court ruled was that, yet again, legislative changes made to the law in the interest of keeping insurance costs down have rendered the system one-sided in favor of employers.

The case most recently decided was Westphal v. City of St. Petersburg. Plaintiff was a long-time city firefighter, age 53, who suffered a serious back injury while he was moving furniture while fighting a fire. That was in 2009. He was initially awarded temporary total disability benefits from his employer. However, per that 2003 update to the law, those temporary total disability benefits were abruptly cut off after two years – rather than the five-year timeline that existed before the law change.

This created a “coverage gap” issue because the law only allowed for TTD benefits for either 104 weeks or when the worker reaches maximum medical improvement – whichever comes first. The date of maximum medical improvement occurs when a person’s medical condition is no longer anticipated to improve, based on reasonable medical probability. At that point, the worker would undergo examination and a permanent disability rating would be set.

However, there was no provision in the law for what would happen if a worker had exceeded those 104 weeks of benefits but yet had not yet reached maximum medical improvement. That meant he couldn’t obtain a permanent disability rating, but he couldn’t get TTD benefits anymore either. So the benefits just stop being paid, despite the fact that the worker was still incapable of working or obtaining employment on the advice of doctors and vocational experts, but hadn’t yet reached that maximum medical improvement mark. He had been receiving $1,500 a week, and suddenly he got nothing.

The state supreme court ruled this is unconstitutional.

Justice R. Fred Lewis wrote a concurring opinion that contained stern words for legislators with regard to the cuts and changes they have made to the workers’ compensation system over the last number of years: “Florida needs a valid workers’ compensation program, but the charade is over. Enough is enough, and Florida workers’ deserve better.”

He urged workers and those with business interests to work together to build a balance program that would help to balance both worker protections and Florida’s economic interests.

The court ordered that the state return to a pre-1994 law requiring five years of TTD benefits when a situation like the one in Westphal arises.