Florida motorists take on numerous responsibilities every time they get behind the wheel. One of those is carrying the statutory minimum amount of insurance coverage, or having the ability on their own to cover losses up to a certain dollar amount. Unfortunately, there are far too many motorists who fail to do either. Per the Florida Insurance Council, the Sunshine State has one of the highest rates of uninsured motorists anywhere in the country. If the driver who hit you was not insured, you may still have several options for financial recovery. It’s important to discuss these with an experienced Fort Lauderdale car accident attorney. 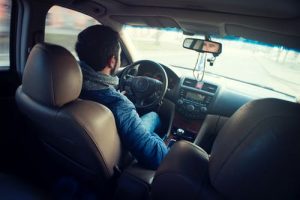 Before you registering a four-wheeled vehicle in Florida, you need to show proof of both personal injury protection (PIP) and property damage liability. PIP is going to cover 80 percent of what are considered “necessary and reasonable medical expenses” up to $10,000 – no matter who caused the crash. The property damage liability will cover damages to another person’s property if you or someone else cause a crash driving a vehicle insured by you.

Likewise, uninsured/underinsured motorist (UM/UIM) coverage is not required either, though insurers are required to offer it to you. This is coverage that will extend to you if the person responsible for the crash does not have insurance or doesn’t have enough insurance to cover your losses. If you purchase UM/UIM, you will need to carry bodily injury liability coverage in the same amount. It’s highly advisable, especially in a state like Florida with so many uninsured drivers, to carry UM/UIM coverage.

Although the state doesn’t require bodily injury liability coverage, it does have a Financial Responsibility Law. This provision mandates that a person who is at-fault for a crash provide financial coverage of at least $10,000 per person and $20,000 per accident. So either you obtain insurance coverage or you post a bond. For this reason, most people who are insured do have at least that much bodily injury liability coverage.

But $10,000 – whether it’s from PIP or bodily injury liability coverage or even both – often isn’t enough to cover the losses sustained in a serious crash. This is why it’s so important to have UM/UIM coverage.

Your Options for Recovery

You have several options for financial recovery if the driver did not have car insurance (or didn’t have enough). Your first go-to will be your own PIP carrier. If the crash was serious, it’s unlikely this amount will cover your losses.

From there, you will take action against the other driver. They may not have the assets to personally compensate you, though as a debtor, the state could compel them to pay by:

Beyond this, your UM/UIM coverage is your best bet. This is insurance coverage that you pay for that will cover you in the event the at-fault driver cannot. However, you still must establish that the other driver was at-fault. Florida is a pure comparative fault state, which means it’s possible your own insurer will try to argue that you were at least partially to blame to reduce your UM/UIM payout. The amount to which you are entitled can be reduced proportionate to your degree of fault. So if you were 20 percent at-fault, you would only be entitled to 80 percent of the total damages.

This area of law can quickly get complicated, and insurers are never working in your best interests. It’s important if you’re seriously hurt in a South Florida crash to contact an injury lawyer as soon as possible.