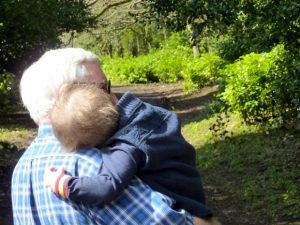 Elder adults may wish to help ward off some of these conflicts by having frank discussions with their children and grandchildren about what is available and the plans for distribution. Exact dollar amounts and an itemized breakdown aren’t necessary, but it’s important to make your wishes clear.

For example, if you intend to leave a fair amount to charities or individuals other than your children, those are details that should be made known ahead of time, so there is less chance of dispute after your passing. We get that such conversations aren’t especially comfortable (some even consider them improper or impolite, and heirs may be hesitant to bring it up for fear of sounding callous). But the more that can be laid out clearly while one is of sound mind and body, the lower the chances that one’s estate will end up the subject of probate litigation.

Such discussions should include encompass their health, finances and estate planning. The reality is that by the time these discussions become relevant, it’s often too late because the elderly adult is suffering from a major illness, incapacity or even death.

What Happens if You Contest a Will in Florida?

First it’s important to point out that no one can contest a will before the death of the testator (person who wrote it), per F.S. 732.518.

There are tight deadlines for contesting a will. Florida statute gives a claimant just 90 days to weigh their options, gather the proper supporting documentation, hire an attorney and file a formal lawsuit contesting the will. If a Formal Notice of Administration was received before the will was entered into probate, that timeline gets shortened to just 20 days.

Grounds on which a will may be successfully contested in Florida include:

If you are considering whether to contest a will, it’s important to contact an experienced Fort Lauderdale probate litigation attorney as soon as possible, given the deadlines and possible complexity of your case.

The Shocking Reason Why Siblings Squabble Over Inheritance And How To Prevent It, Nov. 14, 2016, By Kerri Zane, Forbes