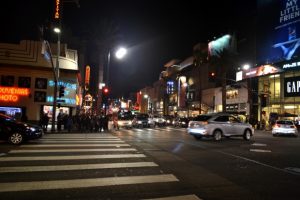 In a recent pedestrian accident case out of Pennsylvania, a major sticking point was whether evidence of a decedent pedestrian’s blood-alcohol level was rightly allowed into evidence by the trial court, or whether it was unfairly prejudicial an inadmissible absent any other independent corroborating evidence.

The important takeaway here is that just because one may not be considered the “perfect plaintiff,” they shouldn’t allow this to discourage them from consulting with an experienced  personal injury attorney. Yes, there may be some additional hurdles to overcome, but that does not mean these are insurmountable. Initial consultations are always free, so it’s worth the phone call.

In this particular case, plaintiff was the mother of a man who was struck and killed by a vehicle on a four lane road in Philadelphia. Defendant admitted she did not see the pedestrian before the impact. He was transported to a nearby hospital with severe injuries and pronounced dead. A medical examiner shortly thereafter conducted an autopsy and concluded the man’s blood alcohol concentration to be at 0.313. To put that into context, a person who is driving is deemed legally drunk with a BAC of 0.08. However, this man was not behind the wheel.

It was not known where pedestrian had been prior to the crash and there were not witnesses who could attest to his condition or behavior, either earlier that evening or just before the crash. The police report made no mention that he appeared to be intoxicated or that his apparent intoxication was a factor in the crash.

Decedent’s mother filed a wrongful death lawsuit against the driver, alleging negligence resulting in the accident that caused her son’s death. She sought a motion to preclude any evidence of alcohol in decedent’s system, asserting it was irrelevant, didn’t have the necessary corroboration and would unduly prejudice the jurors. Trial court denied that motion. At trial, jurors determined driver was negligent, but that her negligence was not the cause of decedent’s death.

On appeal, decedent’s mother argued the trial court wrongly admitted the BAC evidence. The majority in the Pennsylvania Supreme Court, however, ruled this decision was appropriately within the trial court’s discretion, which was not abused.