A cyclist injured upon encountering a defective sidewalk has been awarded $4.85 million to settle a personal injury lawsuit against the settle with the city of San Diego. 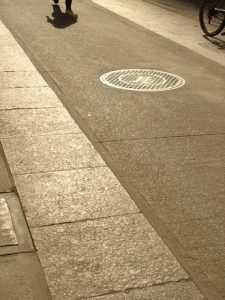 According to Bicycling.com, the bicycle accident occurred in 2014, when he struck an uneven sidewalk, resulting in a “ramp-like effect” that launched him 28 feet over the handlebars of his bicycle.

Apparently, a tree root had grown up through the concrete, raised it seven inches and cracked it, a condition the city was reportedly aware of the condition and failed to address it.

This is reportedly not the first time the city has paid out damages for bicycle accident injuries, though it is the largest amount the city has paid for this type of incident. Just last year, council members for the city agreed to pay $235,000 to a woman who was seriously injured after hitting a pothole while cycling in 2014. She was thrown from the bicycle, and suffered injuries to her head, pelvis and lower back, according to the San Diego Tribune.

That was one of several pothole-related lawsuits filed against the city in the last few years, each alleging city officials were aware of the dangerous condition, yet failed to address it.

There was also a case involving an ailing 60-foot palm tree that fell on a man during a storm, causing him to suffer paralysis. Council in that case paid $7.6 million.

The most recent case involved a poorly-maintained sidewalk resulting in a bicycle accident. Plaintiff reportedly suffered torn spinal cord ligaments, as well as a stroke, in addition to numerous lost teeth and various cuts and bruises. He spent a full month in the hospital and then two months in an in-patient rehabilitation center. He continues to receive in-home care.

Here again, plaintiff alleged the city was aware of the potential danger of this uneven sidewalk, and yet failed to take corrective action or even post a sign indicating there may be a dangerous situation ahead. City attorneys initially insisted the condition was open and obvious, and therefore cyclist could have avoided it. Attorneys for the city also sought to introduce evidence of plaintiff’s prior history of mental illness and drug abuse. Although trial court was willing to allow evidence of the latter, it would not open allow the former.

A settlement prior to trial typically indicates a defendant perceives there is a risk if the case goes to trial, the jury will award more compensation than the settlement amount.

Here in Fort Lauderdale, the Sun-Sentinel reports the city is aware of at least 106 miles worth of bad sidewalks. City leaders have been working toward making the city more pedestrian-friendly and walkable. However, 25 percent are cracked, uneven or pock-marked, and that would cost $16 million to fix. That doesn’t even account for the more than 600 miles of sidewalk that are needed on streets where there are none.

It should be noted that the ordinance in this city requires property owners to install and repair sidewalks adjacent to them. While enforcement has been lax, it can still be grounds to seek compensation in a personal injury lawsuit if someone should trip-and-fall or encounter it on a bicycle.