The New York Court of Appeals recently considered a case wherein plaintiff alleged injuries sustained as a result of a poorly-maintained, diseased tree was the responsibility of both the property owner and the state. According to court records, plaintiff suffered serious personal injuries when a large branch broke off that tree, which abutted the road, and fell onto her Jeep. The impact caused her to suffer traumatic brain injuries. 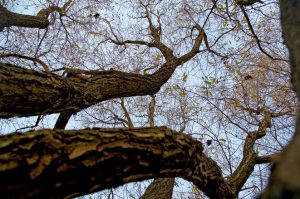 Plaintiff and her spouse sued both the property owner and the state. Against the property owner, plaintiffs alleged there was negligence in the failure to inspect, trim and remove the dead/ diseased tree. As far as the state, plaintiff alleged negligence by Department of Transportation workers for a failure to properly maintain trees along that road or warn drivers of the dangerous along that highway.

Defendant property owner asked to be allowed to introduce trial evidence of the state’s alleged negligence, and also requested a jury instruction on the apportionment of liability for damages between property owner and the state. Plaintiff indicated that while there was nothing preventing the jury from hearing trial evidence tending to show the state was possibly liable for her injuries, but she objected insofar as the jury should not be allowed to apportion fault against the state. (The state could not be ultimately joined in this action because sovereign immunity laws prevented her from prevailing in such action.)

Trial court ruled that while evidence of the state’s negligence would be admissible, the jury wouldn’t be instructed on apportioning liability between the state and defendant property owner.

Defendant property owner appealed, and the appellate court reversed. Justices reasoned existing law indicated juries should be given the option to apportion fault between the property owner and the state for plaintiff’s personal injuries. A dissenting justice did not object to evidence presented that would show state’s wrongdoing. However, the court held that the state would have an “empty chair in the courtroom,” being allowed neither to appear or defend itself, which could result in a skewed result.

Plaintiffs appealed the majority ruling, and the New York Court of Appeals (the highest court in that state) reversed. The court noted that this could result in defendants being placed in a position of having to seek recovery of damages against the state in the court of claims (in cases where a defendant believes it has been held liable for what was actually the state’s negligent conduct). However, this burden is not the same magnitude of burden remedied by the statute on which the previous court relied, which was to help deep-pocketed defendants avoid having to go after insolvent tortfeasors assessed a greater portion of liability for an injury. As justices noted, the state is not insolvent and will always have sufficient resources to satisfy whatever judgment is obtained against it.

Plaintiffs whose injuries may have been caused by the negligence of multiple parties should seek the advice of an experienced injury lawyer who can help determine the best course of action to maximize recovery from each defendant.