Plaintiffs in a recent wrongful death lawsuit before the Kansas Supreme Court argued that the township, the county and the state department of wildlife and parks were liable for the fatal car accident. Claimants attributed the crash to the failure to provide adequate barriers, signs or other warnings along sections of the road where the crash happened. 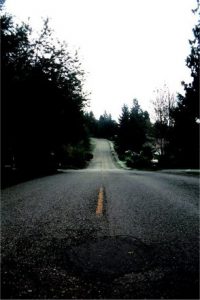 These kinds of cases can be challenging because there are special rules to abide anytime you sue a government agency. Most government agencies and government workers are protected by sovereign immunity statutes, but these are waived in some cases under certain circumstances.

According to court records, there was some dispute over who was driving, and both occupants of the vehicle had a blood-alcohol content that was over the legal driving limit of 0.08. The sport utility vehicle in which they were traveling in November 2010 was moving at a speed of about 10 to 12 miles-per-hour when it started to brake just before reaching the river. The front tire of the vehicle went over the edge of the river bank, and the entire vehicle flipped end-over-end and dropped about 12 feet into the water. Both occupants drowned.

Plaintiffs sued the government agencies, alleging they were negligent in failing to provide adequate warning signs and barriers and that the barriers that were on the road ended before the road reached the stretch near the river. The claims were initially filed as separate actions, but were later consolidated for discovery purposes, with action deferred about whether the wrongful death actions would be consolidated for trial.

After hearing arguments and a number of motions for summary judgment, the district court ruled that:

The court did identify a number of issues of material fact that remained in disputed, and that there was ample ground for a difference of opinion on the issue of duty and jurisdiction. Plaintiffs then filed an appeal with the state supreme court, which accepted review.

The state supreme court affirmed in part and reversed in part. The court decided that:

The county didn’t have a duty to initiate an engineering study, and the county is immune from liability per the discretionary judgment exception in the state’s tort claims act;

All this means that essentially, these claims will not be able to proceed, though the court did issue a remand for proceedings consistent with the findings.