Approximately 4.5 million dog bites are reported each year, with 1 in 5 of those bites becoming infected (according to the CDC), 28,000 requiring reconstructive surgery (according to the American Society of Plastic Surgeons) and accounting for one-third – or $700 million – of all homeowner insurance liability payouts (per the Insurance Information Institute). 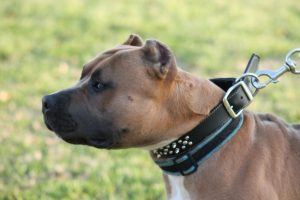 Defendants in these cases can sometimes include not just the owner of the dog, but the property owner controlling the site where the bite occurred.

In Litke v. Munkoff, the Idaho Supreme Court recently upheld a $201,000 verdict in favor of a dog bite victim against his neighbors and their adult son after the son’s dog bit him, causing serious injuries. The defendants sought a new trial or in the alternative, a remittitur to lower the damages. The state supreme court found no reversible error.

According to court records, it started when an animal control officer responded to the scene of an allegedly vicious dog and found a pit bull aggressively charging any person who got near him. The officer had to call in a second officer to help capture the dog, an the pair eventually tasered the canine to subdue and capture him. The next day, the dog’s owner (defendants’ son) called animal control officers to report the dog missing. The officer informed him the dog was in animal control custody, had been declared aggressive and that he would need to sign paperwork indicating he understood his requirements under local ordinance before he could claim the dog. The owner told the officer his dog would be better controlled at his parents’ home rather than his apartment. The officer met the dog’s owner at his parents’ home and determined the fence was appropriate in height to meet the ordinance requirements, but that he must also post a Beware of Dog sign and if the dog left the premises, he’d need to be muzzled. The father arrived home while the officer was there and agreed verbally to follow the ordinance requirements. END_OF_DOCUMENT_TOKEN_TO_BE_REPLACED

In the state of Florida, state statute F.S. 767.04 is the controlling law on personal injury cases involving a dog or other animal bite.   Pursuant to this statute, the owner of a dog is liable for injuries caused by that animal if the bite occurs in a public place or to a person who is lawfully in a private place. This means someone who is not trespassing, so that the owner of a dog would not generally be held liable to a burglar who is bitten by the animal while in someone’s home illegally. 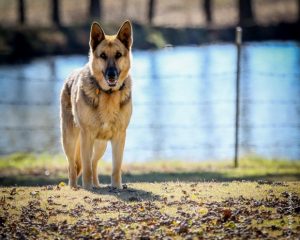 Florida dog bite law differs from other states in that it does not matter if the dog has a history of being vicious or if the owner of the dog has knowledge of any prior incidents of viciousness.  The reason this is important, and included in the statute, is because at common law, it was a defense if the owner did not have reason to believe to the dog was likely to bite another person. END_OF_DOCUMENT_TOKEN_TO_BE_REPLACED